Mozbah Zatari, shortly after the attack, being carried to the ambulance

Tonight at 6pm a mob of 20 settlers from the Kiryat Arba settlement near Al Buwayra, Hebron, attacked the Palestinian family of Mozbah Zatari while they were in their car. According to the family and witnesses, they had just parked their car when the settlers swarmed around the car and broke windows with stones. Mozbah Zatari, his mother, and his two sons (ages 4 and 6) were in the car and all were hurt by stones thrown into the car. Mozbah Zatari was injured on his leg by a stone and taken to the hospital.

This is not the first time the Zatari family has been attacked and hurt: they’ve been attacked many times as they’re house is the closest in al Buwayre to the illegal settler outpost. According to the family, three nights ago settlers attacked their house by throwing stones at it and breaking windows. The recent increase in settler violence in al Buwayra may be related to the recent demolition by Israeli forces of their illegal outpost near the Kiyrat Arba settlement, though since then the outpost has been rebuilt. Two ISM activists are staying overnight in the village in case there are any more attacks. 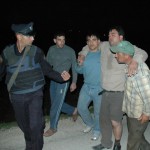 Mozbah Zatari, shortly after the attack, being carried to the ambulance 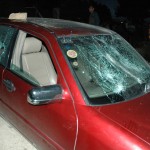 the Zatari family’s damaged car, with windows broken during the attack 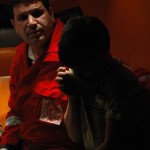 Zatari’s six-year-old son, in tears and shock after the attack 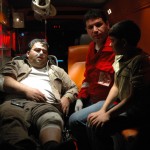 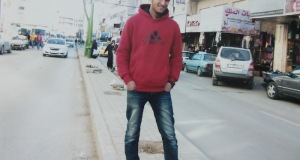 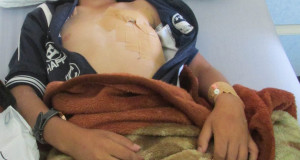 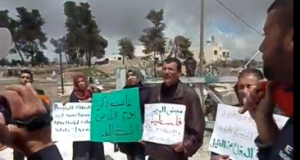 Demonstration against settlement expansion in Hebron