A 21 year old man, Ala Ad-Din Abu Ar-Roub, from Qabatiya village near Jenin was killed early Thursday morning after his home was surrounded and entered by a large number of Israeli forces.

According to family members, Ala was working on his computer in his room at 4:30am when the soldiers attacked the house, blowing open the front door and entering without warning. Ala was killed by multiple gunshots to the head and chest while his brother Muhammed lay sleeping on a mattress next to him.

The Israeli forces then forced all of the family members outside after violently subduing Ala’s mother who had attempted to come to his aid. The family members including children were not even permitted to put on outdoor clothing or shoes before exiting the house.

After the family was evacuated, the Israeli forces laid explosive charges inside the house, blowing open a large hole in one wall and damaging much of the internal structure of the house. The family was prevented from attending to Ala during this time and had no knowledge of his condition.

Family members claimed that they had been given no indication by Israeli forces that Ala was wanted on any charges although he had been imprisoned more than a year previously. They stated that he had not been involved recently in any political activity and would not have been living unprotected at the family home if he had believed he was a target of Israeli security forces.

Ala was the oldest child of the Abu Ar-Roub family, and is survived by his parents and brother Muhammed and seven sisters. He had previously studied electrical engineering and intended to continue his studies. He also enjoyed various athletic activities.

According to village sources, this is the first targeted assassination in the Jenin area in over a year, although arrests have been common by Israeli forces. Such extra-judicial executions by the occupying forces are flagrant violations of international and humanitarian law. 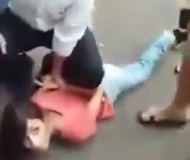 The Siege – cultural resistance in Palestine