New
Home / Journals / What the medics see, do, and are subjected to; uncensored

What the medics see, do, and are subjected to; uncensored

By Eva Bartlett in Gaza 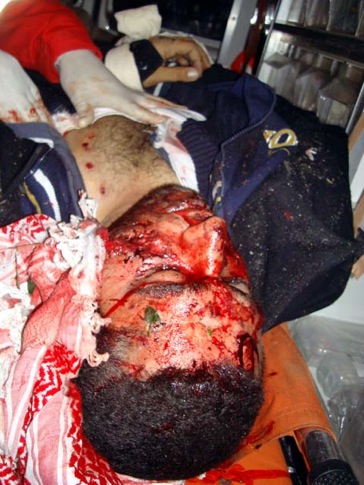 On 31st December, around 2 am, two emergency medical services personnel were targeted by an Israeli missile as they attempted to reach injured in the Jabaliya region, northern Gaza. The first died immediately, the second soon after of complications from his internal injuries.

Two days later, 2 more medics were injured in the area east of Gaza, again in the line of duty, again trying to reach the injured.

Under the Geneva Conventions, Israel is obliged to allow and ensure safe passage to medical personnel to the injured. Instead, Israel routinely targets them.

At the Jabaliya Palestinian Red Crescent Society (PRCS) station, the team there tells me of their injuries. Half, they say, of emergency medics and drivers in Gaza have been injured by Israel while trying to perform the duties.

One shows me a scar from a gunshot wound to his arm. Another tells of being twice injured: once, shot in the stomach, another time, also shot in the arm. The bullet holes in their ambulances speak for themselves.

Internationals from the ISM (International Solidarity Movement) and the Free Gaza Movement have decided to join the EMT personnel in their work around Gaza.

I start in Jabaliya, in northern Gaza at the eastern border, where I meet an amiable team of professionals. After delivering a pregnant woman to hospital, our first serious call is to retrieve the bodies of two killed resistance fighters, hit by shells. The sight of the one in our ambulance is ugly, his face has exploded. The knowledge of his life and death is uglier: he was born into a life of occupation, and he has chosen to resist, as one would when being invaded. The ugliest aspect lies in the knowledge that he was undoubtedly a father, a husband, a man who probably has a mixture of photos on his phone: beautiful women, cute children, cats, a fighter with a gun, pictures of his family, random lovely scenes of nature, and the slapstick video clips that seem to be common among those with high tech-cell phones. He was a regular guy, of this I’m sure, thrust into an unbearable, deadly role. His silver lining is that at least he doesn’t have to live in hell on earth any longer. 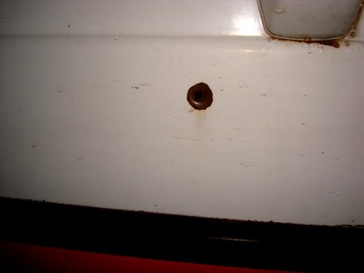 The next call, at just after 4 am, is to retrieve one injured, one dead, at the American high school in Beit Lahia, the northwest of the Strip. We have to navigate roads that are more than pot-holed, destroyed by time, lack of construction materials (the siege), and more recently, the F-16 missiles. Finding only the one injured man, we take him to hospital, returning after daybreak to find the corpse.

After sunrise, we return to the northwest, passing a dead cow on the side of the road. En route, near the bombed high school, the van gets a flat. We walk in from there, moving quickly as drones and F-16s still circle, second and third strikes are all too common. In the light, I see what had been a large structure, a quality high school a friend had studied at. What’s left of the body has been found and brought out to the nearest clearing, the playground. [Later in the morning, I re-visit the site with a film crew, tell the story. I notice the sea beyond, hadn’t seen it in the dim morning light. Notice the twisted wreckage of the playground, and the pieces of shrapnel littering the ground. As we film, 2 missiles blast in the vicinity. It’s hard not to feel like prey in this open area, clearly visible]. I don’t immediately see the corpse unwrapped, but I suspect that he is not all there. The dead, a 24 year old night watchman, had no warning of the at least 2 missiles which leveled the school and tore him apart.

The medics work to load the corpse, first having to replace the flat tire. Working frantically, still fearful of potential strikes, they crowd the ambulance, hoist the van, replace the flat. A missile hits 50 metres away. Surely, undoubtedly, those warplanes above us know –from the markings of the ambulance, the clothes of the medics, the crystal clear photos their drones can take –that we are civilians and medics below. Yet they fire.

They change the tire, load the body, and we’re off, screeching as much as the tired ambulance and pathetic roads will allow. It’s straight around the back of the hospital, to the mortuary, where men mourning the latest dead before ours are ushered out, ordered to make room for this new body. In the cold room, the body is transferred to the fridge shelf, but while that happens the blanket comes undone. The patch of burned skin, in no way human, reveals itself to be a half-body, the head hanging loosely by what neck remains.

I see it, as I saw the dead man in the ambulance. And I write it, because everyone must see it, hear of it. The children of Gaza must see these images, or are these images, so we have no right to censorship from such gruesome deaths.

But I cry, too, at the disfigurement of the young corpse, and the knowledge that he is one of so many (over 470 now) killed in the last week.

The medics have seen ghastly things and urge me to keep it in, keep working. They must, and so I do.

We return to the centre, I leave them intending to return a day later, to spend my day reporting and writing. In the end I return to the ambulance station a half day later, as Israel ramps up its bloodletting.