ISM Hebron: The settlers that had been evicted at approximately 14.00 from the occupied Rajabi house, were allowed to roam the Wadi Hassain (Al Ras neighborhood) area freely. After the chaotic evacuation of around 200 settlers, many groups of settlers embarked on their publicized “price tag” campaign by attacking Palestinian homes in the neighborhood. Near the Rajabi house (‘House of Contention’), four Palestinians were shot, no less than 4 fires were started, and all of the homes were stoned. 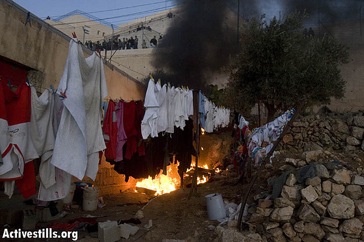 Hassni Abu Sayfan was shot in the stomach and rather then allow him to seek immediate medical treatment the Army medics held and examined him. Ultimately the army had to airlift him to a nearby hospital by helicopter because his condition had become critical. Another two from the Sayfan family were shot, after an altercation with settlers that had come down to their homes. Two settlers began threatening several Palestinians with a hand gun, shot one Palestinian in the hand and another in the shoulder as he was trying to take away the gun. Another Palestinian was shot two inches from his heart and was taken to a nearby hospital. 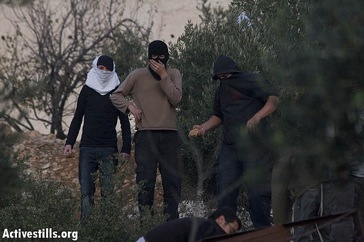 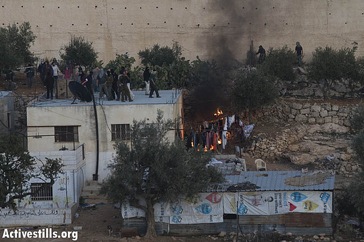 The Matari home was attacked by settlers and a fire was started in nearby bushes, burning a corner of the house. The water tanks and satellites on the roof as well as 18 windows were destroyed by stones thrown from Kiryat Arba. The family had to move all of their belongings away from the side of the house that faces the settlement. At the Sayfan homes nearby, 2 water tanks and 2 satellites had been pulled off the roof by settlers. The home was also damaged from stones throw from Kiryat Arba. At the Jabar home, slightly downhill from the “House of Contention,” a burning stack of hay was thrown at the home, but put out by the family before any major damage was caused. A member of the Jabari family also reported that a settler had thrown a military weapon that soldiers later retrieved. 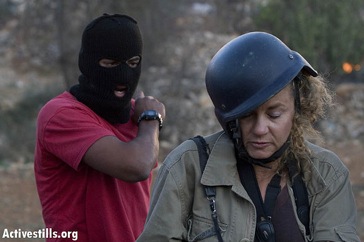 As well as attacking Palestinian homes near the “House of Contention” (close to Kiryat Arba settlement) settlers were attacking in the Old City, Tel Rumeida (Shohada street), Kharsina settlement and the Quarantina area. 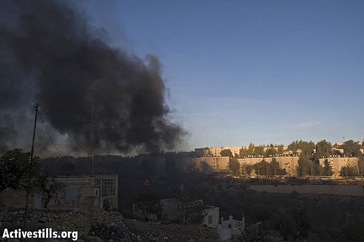 Between 20 to 30 settler youth burned 4 cars along the Quarantina street at 15.00, and proceeded towards a mosque, Jabar Al Arahne, to break many windows. Then the Army arrived and walked alongside the settlers, throwing tear gas and sound bombs towards Palestinian homes. They turned back at 15.45 then returned to smash several cars with stones. They came by the Al Rayam mosque and burned 2 cars nearby and 2 cars by a military tower. 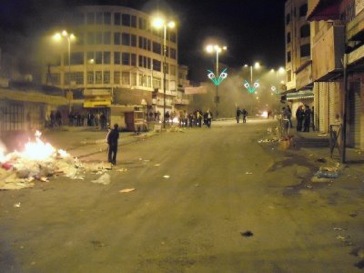 At the Da’ana house near the Kharsina settlement, settlers had lit 3 trees in the olive groves around 16.30 after crossing an area illegal to Israelis. About 20 settlers came back at 22.30 and threw stones at the home. 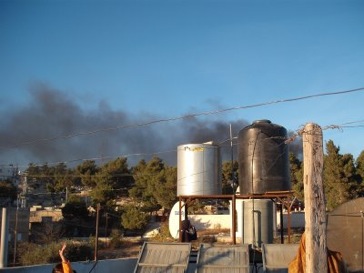 The “price tag” campaign is a commitment to choreographed extremely violent responses if any act offends settlements or settlers.The evacuation of illegal settler occupiers in the “House of Contention” is a justification to enact the open and publicized campaign. The Supreme Court decision on November 16th to evict the settlers had been met with promises of violence against Palestinians and is currently being fulfilled throughout the West Bank. Despite settlers using aggressive tactics to injure Palestinians and destroy property, Palestinians are being restricted to their homes by the Army while settlers are moving freely about Hebron.