Israeli soldiers raided the village of Zawata late Sunday night, going house to house throughout the village, tearing down doors and scaring residents. The occupying army stayed well into the morning terrorizing young children on their way to class. 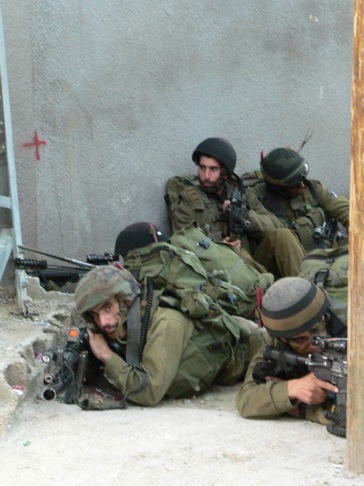 On December 14th, at approximately 11pm, Israeli soldiers entered Zawata and began to go house to house, allegedly searching for weapons. By one hour later, approximately ten military jeeps had occupied the village, all entrances and exits were blocked by army personnel, and at least one house was occupied by the military. Further up from the village, eyewitnesses stated seeing what appeared to be four Israeli snipers 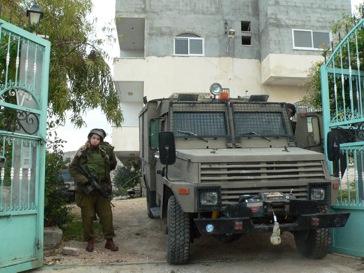 Several Palestinian families reported broken doors, a result of the Israeli army not giving enough time for Palestinians to wake up and get to the door on time. According to Palestinian villagers, the Israeli army went to almost every house in Zawata. In most the houses, their stay was brief, long enough to wake residents up, break windows, overturn furniture and generally terrorize residents. But in the case of Ghassan Fou’ad Goodi and his family, the soldiers stayed overnight. 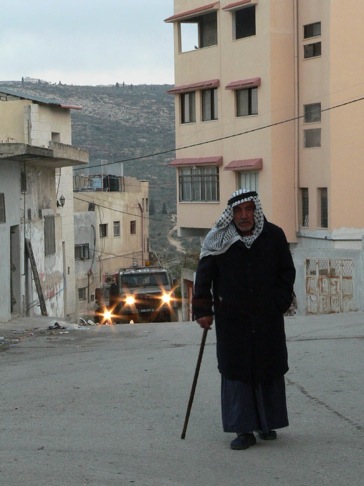 According to Ghassan, soldiers entered his house at midnight. Like most Zawata residents, he wasn’t given enough time to get to the gate of his house to let in the invading soldiers. They tore down the gate, and stormed into the house, forcing Ghassan and his family, into one room. Their landline was unplugged from the wall and their cell-phones were confiscated. Altogether, approximately 50 soldiers surrounded and occupied the house. Four soldiers stayed in the room not allowing the family to leave or contact anybody for help. The occupation lasted over seven hours, forcing the family to stay up all night, and in the morning, preventing the students from going to university classes. When the soldiers finally left the house the next day, around 7:30, they threw the cell phones they confiscated in different places around the house. Ghassan reports that one cell phone and his address book are still missing. 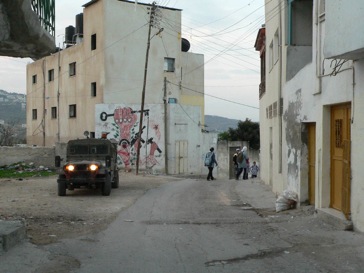 Ghassan Fou’ad Goodi is no stranger to the military. During the second intifada, in 2002, soldiers occupied his house for 6 months. Still, this invasion came as a surprise to the family, due to the fact that there was no apparent pretext for it. 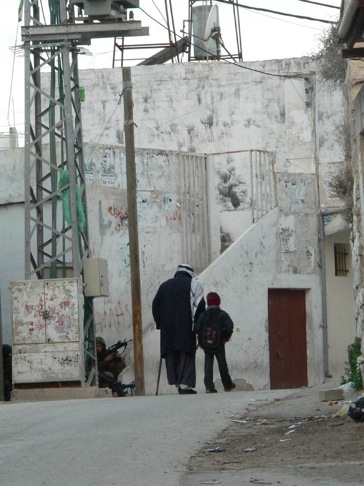 Small children were terrified when, on their way to class, several soldiers, armed with M-16s and wearing camouflage face paint, hid in an alleyway pointing their guns at them. Some children ran back to their houses, while others crying and fearing for their lives, decided to push onward. 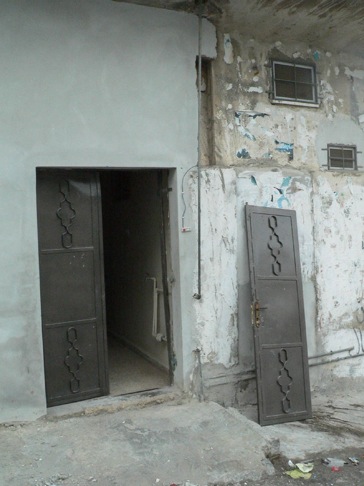 This is yet another example of what life is like under Israeli occupation. Although, Zawata is part of Nablus, designated area A under the Oslo agreements, and is supposed to be under the complete control of the Palestinian Authority, the Israeli military enters at will and with impunity.