New
Home / Press Releases / Gaza: Silence is not an option

Gaza: Silence is not an option

By Eva Bartlett
Photos below

Dr Khaled from Shifa hospital ICU told me the majority of cases in the intensive car unit are critical. He estimates 80% will not survive. At the time that we spoke the ICU was handling its 4th shift of critically injured. The ICU normally has 12 beds, but the hospital expanded it to 24 using beds and rooms from other departments.

There is a critical need for more ICU beds, as well as mechanical ventilators. The majority of injuries were “multi-explosive injuries” with a concentration of head injuries (“head trauma”) resulting from the explosions and from shrapnel in the brain. Other injuries include abdominal injuries resulting in internal bleeding caused by shrapnel in the abdomen. The majority of head injuries are not expected to survive, and those who do are expected to have brain damage and some with full paralysis (quadriplegia). Because of the shortage of spaces and equipment, the ICU has turned patients away. Others have been waiting in the reception area until a patient dies and the space can be used.

Among the critically wounded were a number of children and minors:

The ISM will continue to post updates on the situation in Gaza. Eva Bartlett, on the ground in Gaza, will also post directly to http://ingaza.wordpress.com/. 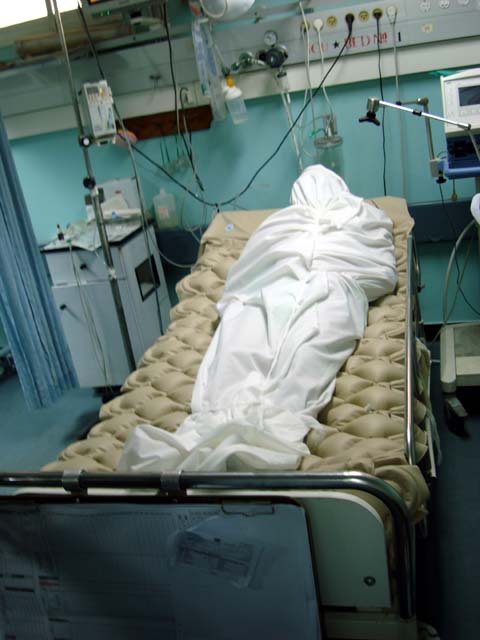