On the 4th anniversary of Yasser Arafat’s death, a march commemorating his life in Hebron was confronted by the Israel army in Bab Azzawaya near the Gilbert checkpoint. The area is in H1 and considered to be under Palestinian Authority control. 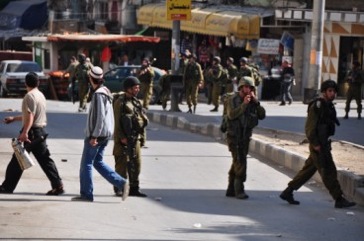 According to local people interviewed by ISM volunteers, a group of 20 young people started a spontaneous memorial celebration near the entrance to the Old City. As the demonstrators approached the checkpoint, eight soldiers started to shoot tear gas towards them. This shooting of tear gas provoked clashes between young locals and the Israeli army. 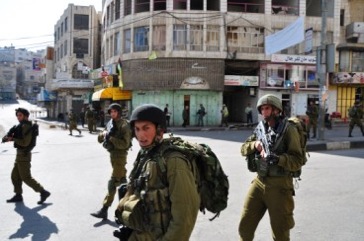 There was a similar spontaneous demonstration in an other part of the city, with 200 participants. Many of these demonstrators joined the twenty in Bab Azzawya where the Israeli army was clashing with local youth. 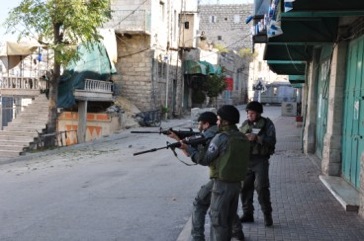 At least eight people were taken to the closest hospital for medical care. Five were injured from rubber coated steel bullets and three from tear gas. At least five people were detained by Israeli army. It was reported that those detained were being identified based solely on having dust from rocks on their hands.

When clashes began the Palestinin Authority’s security forces left the area, which is supposed to be under their supervision.

After two hours of clashes Israeli returned to area officially under their supervision. PA troops soon came to prevent Palestinians from getting close to the Israeli checkpoint in the border of their jurisdictions.