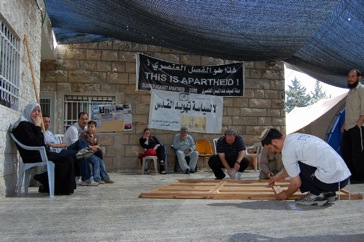 This move from the settlers was despite an agreement between the Al-Kurd family the settler family and the Israeli police that the settler family could build a temporary structure on the outside of the Al-Kurd home so as to pray in the aftermath of the Jewish festival of Yom Kippur, so long as the structure did not interfere with the front of the property. On the morning of the 10th October, five settler men came out and began to remove part of the Al-Kurd protest tent. As the Palestinian family refused, suggesting to the settlers that this was not what had been agreed and that they should build their structure towards the side of the house, the settlers started removing the tent by force. One of them took from his pocket a knife and cut the rope holding the material. 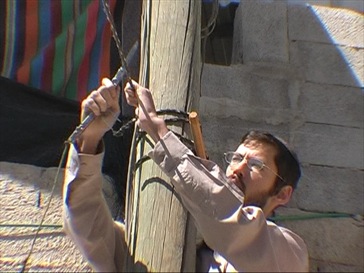 While arguing, more settlers and Palestinians arrived in the house with two border police followed by the Israeli police. The Israeli forces agreed with the settlers to build their prayer structure, thus removing half of the protest camp. By 1pm, the wooden structure was fixed to the house wall. The entrance to the Palestinian house has been turned into a two meter wide corridor, blocking freedom of movement and visibility through the window. 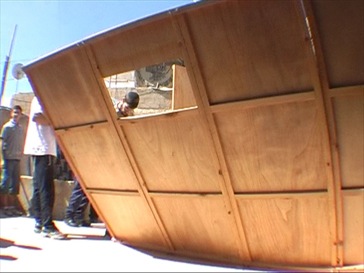 This settler family that have been illegally living at Al-Kurds’ home for the last two years, despite now receiving two separate eviction orders. They originally moved into the property while the Al-Kurd family were visiting a sick member of the family after having received the keys from the Israeli police. 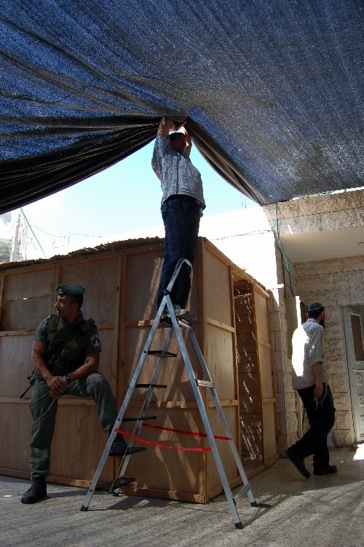 International solidarity activists have maintained a constant presence for the last two months after the Al-Kurd family themselves received a final eviction order from the Israeli authorities.