On Monday 6 October approximately 15 families went to their lands near Elon More settlement only to discover many of the trees have yielded little harvest and the olives had been stolen by settlers. 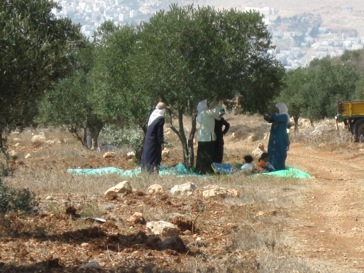 The village had been given 3 days from the Israeli District Co-ordination Office (DCO) where protection for farmers would be provided in the area around the settlement which is a designated ‘Area C’ despite the land belonging to the village. The gate which marks the area was due to be opened at 7am, but farmers were not permitted to pass until 7:45. 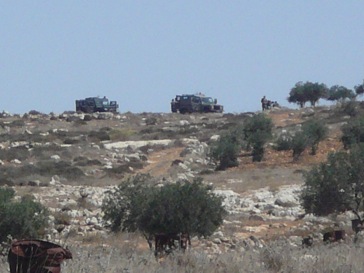 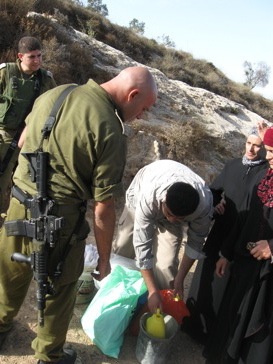 During this time many farmers had begun to return from their lands after discovering very few olives on the trees. Salim farmer, Abdul Hardi Jabur has 6 dunams of land near the settlement. He returned to the village after 1 hour with a total of approximately 100 olives. Last year he was able to harvest 16, 60kg sacks of olives from the same area. Several other farmers experienced similar problems. Abdul said “they have stolen (the settlers) our olives and brought in workers from outside the settlement to do it”. 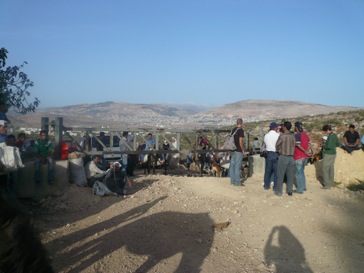 This is not an isolated problem in the Nablus region or across the West Bank. During last years harvest both Tell and Sarra also experienced problems with settlers stealing the olive crop and many villages including Salim have suffered from settlers burning large areas of land containing olive trees. This year the problem has been exacerbated with many farmers not being permitted access to their lands to enable them to tend to trees throughout the year, which is vital to ensure a maximum crop yield during the harvest. Just 4 years ago the village planted 1,000 new trees, however, due to the limited access to the land just 100 have survived. There were also obvious signs of damage to a number of the trees where branches had been cut by electric chainsaws. The farmers believe that this year will see them harvest just 20% of the yield harvested in the previous year. 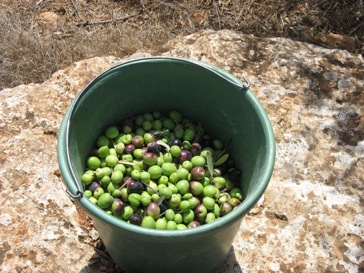 While the Israeli Government has publicly declared that settlement expansion has ceased, the tactic employed by settlers of damaging trees, land and theft of crops renders the farmland useless. This combined with the use, by the Israeli army, of the illegal ‘permit’ system denying access to Palestinians to their land, effectively annexes it to the settlements, a story repeated across the West Bank.

The villages of Qusin; Deir Sharaf; Burin; Kufr Qalil; and Awarta in the Nablus district were able to harvest their olives without incident on Monday 6th October; whilst a number of villages in the Salfit region experienced difficulties and harrassment from Israeli soldiers both trying to access their lands, and whilst harvesting.