On 4th April around 200 Palestinians, joined by Israelis and internationals, held a non-violent demonstration on Road 443 following the recent decision made by the Israeli High Court that effectively approves the prohibition of Palestinian movement on the road and it’s reservation for exclusive Israeli use (http://www.haaretz.com/hasen/spages/966013.htmlRoad). 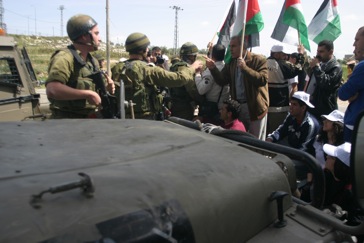 Protesters marched from Khartabth Al-Misbah towards the road waving Palestinian flags, before being blocked by the Israeli army. Speeches were then made by prominent figures within the community denouncing the apartheid system within the West Bank that this road enforces and insisting that demonstrations against the Israeli only road would continue until full, equal access is granted to all Palestinians. 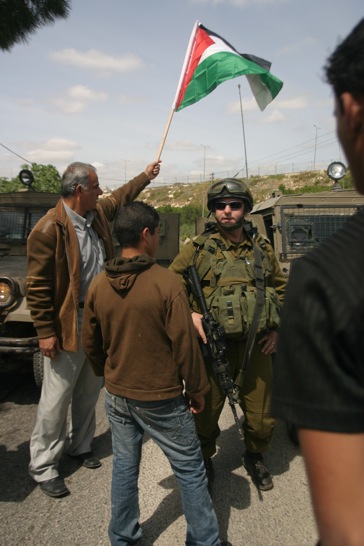 Despite initially being built for Palestinian use, as of 2002 all Palestinians were denied access to the road, despite this decision never being supported by a military order or any legal means. By allowing the continuation of this system of separation, the Israeli High Court have essentially granted it approval. Road 443 together with the Separation barrier creates two walled Palestinian enclaves that Israel plans to connected by what it terms ‘fabric of life’ roads that run underneath the Israeli-only road. The first of these roads was recently opened between the enclave of Biddu and the enclave of Beir Nabala and has high concrete walls running on either side. 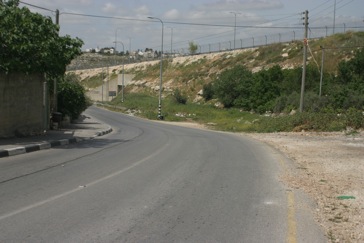 The system of settler only roads and other physical barriers within the Palestinian Occupied Territories cut the West Bank up to over 70 enclaves. These restrictions on the freedom of movement have had hugely detrimental effects on the Palestinian economy and destroy any aspirations towards a territorially contiguous viable state. The severe hindrance on productivity caused by the restrictions placed on the movement of workers and goods, as well as denial of access to farm- land, has resulted in 46% unemployment in the West Bank. The prohibition of Palestinian travel on the road also applies in emergency medical cases, further infringing on Palestinian human rights.