Farmers protest against being denied access to their lands

On Thursday, March 13th, the farmers of Deir Al Ghusun, a village north of Tulkarm, gathered at one of the gates restricting them access to their land to confront the Israeli military. The farmers and other members of the village sat in protest in front of the gate demanding that it be removed. The village has three supervised gates that are opened three times a day for one hour at a time. The farmers must bring their land certificates to be allowed to work on their land and commonly are turned away for no particular reason. 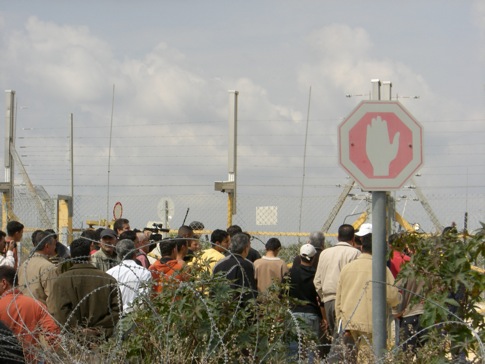 After 15 minutes of seated resistance and chanting against the gate, the Israeli military had forced the villagers to move back with threats of open fire; the mayor remained asking for the gate to be opened. The Israelis complied and after 20 minutes of failure to open to gate they claimed that there were technical difficulties and they would bring in their commander. As the commander arrived, it was clear that the gate wouldn’t be opened, the Israelis promised that on Sunday the mayor and five farmers would be able to meet with the District Coordination office: the Israeli military office throughout the west bank that grants Palestinians permits for various necessities. 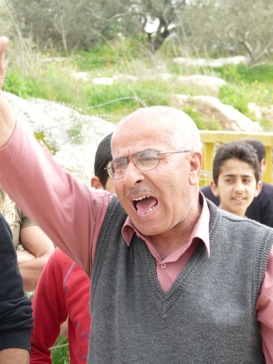