At 12:20pm international human right workers received a call from a local Palestinian coordinator that a section of Quartaba Girls School had been set on fire by Israeli settlers. Quartaba girls school is located directly across from Beit Hadassah settlement.

When internationals arrived Palestinian residents were present as well as an Israeli policeman. They found that the back screen door, which is a metal frame, had been peeled up. This was how the Israeli settlers managed to enter the school without being seen. 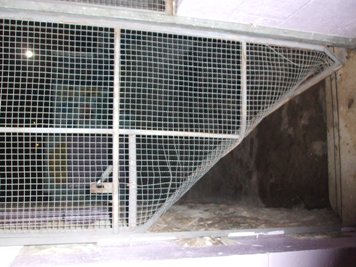 The settlers had placed the metal frame of a bed on top of a table and set fire to it, along with pictures of the Dome of the Rock in Jerusalem. The burning effigy was placed directly in front of a metal door that the children and teachers use to enter the school.

The fire had been burning for about 10 minutes before nearby Palestinian residents came with buckets of water and managed to put the fire out and keep it from spreading. 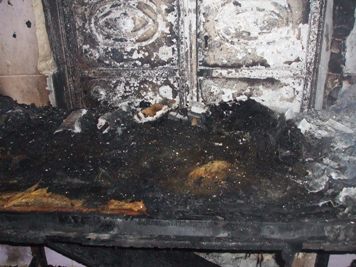 The internationals documented the scene and were told by the Palestinians that an electricity wire had been cut above the fire. It was apparent that this fire was started by adult settlers as the act was quite methodical and symbolic in the way it was laid out, with the pictures (of the Dome of the Rock), and the way they broke into the school. They also managed to commit the act undetected by Palestinians which no settler child could accomplish, and leads one to suspect that the act must have been planned and coordinated.

Israeli soldiers also later came to survey the scene, and at one point actually said that, for all they knew, it could have been Palestinians who had started the fire. They said that their was no solid evidence that it was Israeli settlers who had started the fire. This was obviously completely wrong, and offensive, since no Muslim would burn pictures of the Dome of the Rock or set fire to a Palestinian girls school. The only people who had motive to start the fire are Israeli settlers, who have in the past frequently attacked the schoolgirls and the school itself. 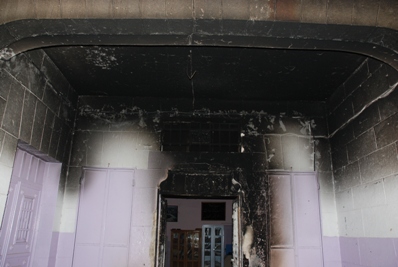 After ten more minutes the door to the school was opened and the windows inside were opened in order to release the smoke trapped inside the school.

Except for smoke damage, which was quiet extensive, there appeared to be no more damage to the school except for the cut electricity cable which will have to be repaired.