New
Home / Journals / Colored People to the Back of the Bus

Colored People to the Back of the Bus

This summer, the International Solidarity Movement, Art Under Apartheid, Tel Rumeida Project and Glasgow Palestine Human Rights teamed up to take over 100 Palestinian children from Hebron to the Dome of the Rock in Jerusalem and the beach in Jaffa. 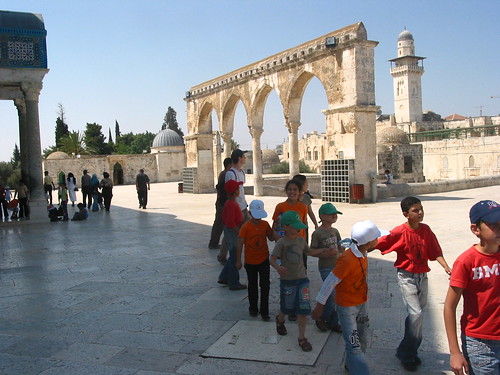 This was no easy task.

West Bank Palestinian residents over the age of 16 are not allowed into Israel but those under 16 are allowed. In fact, there is no legal way to prevent them from entering because they do not have ID cards yet. But most of these kids will never get to visit Jerusalem or go to the sea because their parents are not allowed in to take them.

Although we knew it was permitted to take these kids across the checkpoints (we checked with the the Association for Civil Rights in Israel) into Israel, we decided to check in with the District Coordination Office (DCO) of the Israeli military just to let them know we would be doing this and that we didn’t want any problems. They told us we needed a permit (this is not true). We asked for a permit and were refused. So of course we decided to do it anyway.

Fourty-five kids in one trip was going to be plenty to handle so we decided to do two trips. We bought food and water for 45 kids, arranged for them to have lunch at a restaurant in Jerusalem, got copies of their birth certificates (proof of their age and proof they are allowed to be in Israel) arranged for a bus to take them, and we met the kids at 7am in downtown Hebron. 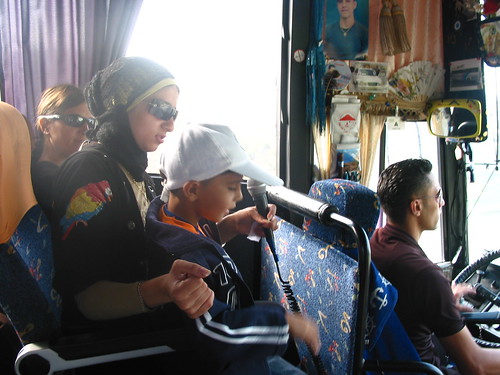 We knew that if soldiers at any of the checkpoints knew there were West Bank Palestinian kids on the bus, they would stop us, cause a problem, and more than likely tell us we had to go back, even though it is allowed for the kids to go in. We didn’t want a repeat of the last field trip nightmare so we choose to use Israeli checkpoint racism to our advantage.

It has been my experience that if soldiers at a checkpoint see white or Jewish-looking people in the front seat of a car, they will not stop the car and check the passenger’s IDs to verify that they have the correct ID to enter Israel. This has happened to me countless times. If anyone who looks Palestinian is sitting in the front seat, they are automatically stopped, even if they are Jewish but have dark skin.

Settler cars zoom through those checkpoints with no delays. Palestinians are always stopped and searched.

Now, I will prove to you how the apartheid wall is completely useless for keeping suicide bombers out of Israel.

We stuck four white people in the front seat of that bus, and we drove through the checkpoint without so much as a second glance from the soldiers. All the kids cheered.

Now see how easy it is to sneak Palestinians (legally or illegally) into Israel? The inherent racist legal system allows it. As long as you are white, you can go though many checkpoints in a car unhindered and unquestioned. Because it’s so easy, if a Palestinian really wants to enter Israel badly enough, he or she will find a way.

The kids were elated to go to the mosque and to play in the water. Most of them had never seen the sea before.

I didn’t see any of them playing with Israeli kids at the beach but I think it was good for them to at least be around Israelis kids who weren’t hostile or violent towards them. The Palestinian adults who ran the Tel Rumeida summer camp this summer made a point to explain to the kids the difference between Israelis living in Hebron and Israelis living in Tel Aviv. Fortunately we have a lot of Israeli activists coming to volunteer in Tel Rumeida so the kids are already learning the difference. 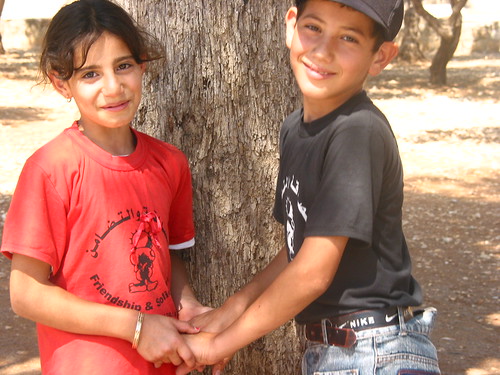 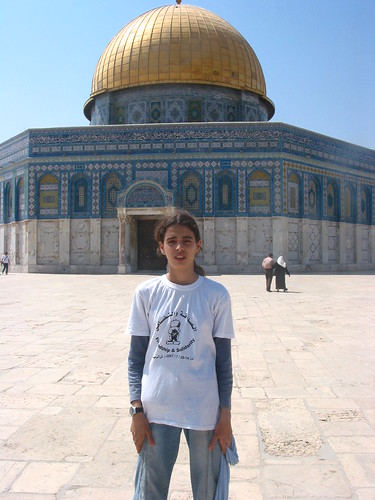 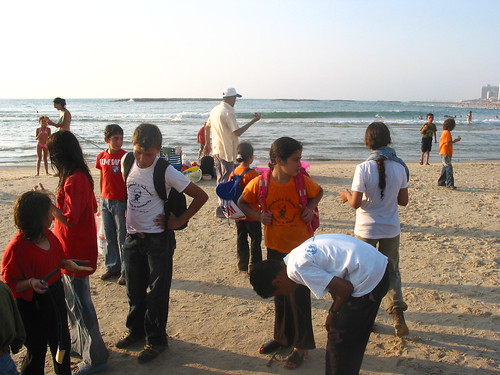 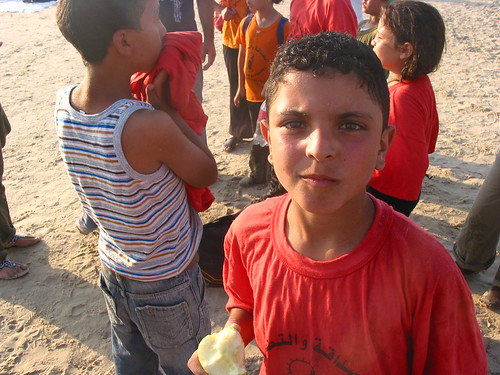