New
Home / In the Media / YNet: Guards shoot at journalists in Artas 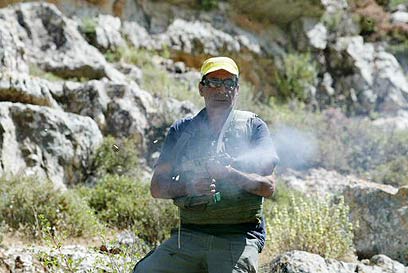 Four separation fence security guards fired at a group of five journalists who tried to approach people demonstrating against the fence near the West Bank settlement of Efrat on Monday afternoon.

Photos taken by AFP photographer Moussa al-Shaer clearly show one of the guards using an Uzi submachine gun to fire at the demonstrators. The other guards fired with live ammunition in the air, although they were not in danger at any stage.

Al-Shaer told Ynet, “We tried to move to the other side in order to approach the Palestinian and foreign demonstrators. One of the security guards began shouting and firing directly at us. He did not warn us first, he just opened fire. His friends also fired in the air.

“We shouted to them, ‘We are journalists, are you crazy?’ But they continued to fire for about 10 minutes. There were four security guards and they were standing about 7 meters (22.96 feet) away from us when they started firing with live ammunition.

“Only when one of them came down to us, the gunshots stopped. We felt the bullets pass 20 centimeters away from us. We told him, ‘If you want to kill us, kill us.’ Ten minutes later, the army arrived. We told them, ‘There are crazy people here firing at us,’ but they didn’t seem to care. The contractor building the fence came down later and told us, ‘If I were here instead of the security guards, I would also have fired at you.'”

‘We didn’t know where to hide’

Fadi Tanas, a reporter for the Palestinian news agency Maan, said that it all started in a quiet demonstration held by the Palestinian protestors against the laying of infrastructure in Efrat.

“There were dozens of people there and when they arrived, the security guards began coming down with their weapons toward the crowd. The demonstrators left. We as members of the media were certain, as always, that we were immune, and therefore we did not leave. But within seconds we found ourselves in a crazy firing range with bullets passing just next to us, only centimeters away. We didn’t know where to hide and what to do with ourselves.”

The demonstrators, Tanas said, did not put the guards at risk at any stage and did not hold one stone. Fifteen minutes after the incident army and police forces arrived at the area. They were briefed by the security guard on what happened and then arrested two of the demonstrators “apparently following an argument,” according to Tanas. 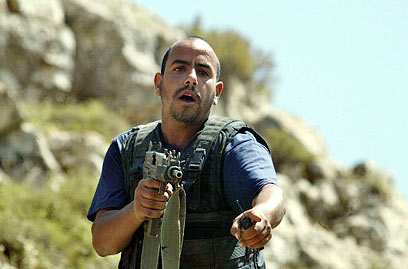 “Although they were firing at us with live ammunition,” the Palestinian journalist said, “They did not hesitate to threaten us that they would make sure the army and police arrest us. One of the guards said that they had taken pictures of us and that we would not be spending the night at our homes.”

Residents who were at the area also confirmed the details of the incident. One of them said that the guards had acted in a way that endangered lives.

“We can argue with soldiers, but these people were unwilling to hear and unwilling to talk. Only shouts, curses, threats and gunshots, a lot of gunshots. The incident could have ended with many casualties, not only journalists,” said Jamal, a resident who took part in the demonstration.

The five journalists – from AFP, Reuters, the Palestinian news agency Maan and a Palestinian internet media outlet – managed to escape the incident unharmed.

Military sources said in response that a Defense Ministry security guard fired one shot in the air. According to the sources, a guard was lightly injured by stones hurled at him and two protesters were arrested during an anti-fence demonstration of about 100 Palestinians, left-wing activists and foreigners.

Efrat Weiss contributed to the report