Purim attacks on Palestinians in Hebron 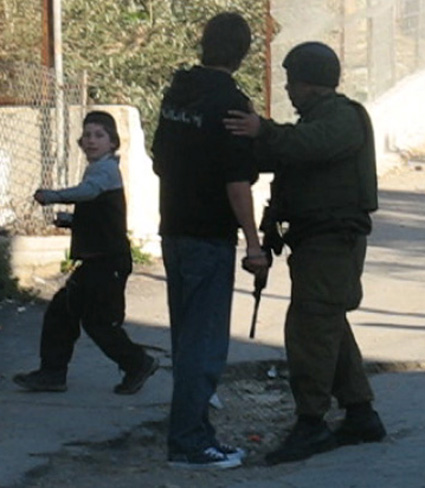 Shuhada St and Tel Rumeida St were closed from 10 am for a Purim parade on Sunday 4th March, which was supposed to start at 11 am but actually set off from Tel Rumeida settlement after 12. The parade went through Tel Rumeida, past Beit Hadassa and finished in Kiryat Arba.

The parade passed off peacefully but Palestinians suffered considerable inconvenience with the street and checkpoint being closed. Palestinians eventually managed to push past soldiers at the checkpoint after 12.45.

In the afternoon one settler child around 8 years old ran down from Tel Rumeida settlement throwing rocks at the house of a Palestinian family. When a human rights worker (HRW) started to film him the soldier ordered him to immediately stop because “it’s just a child drunk from wine”. 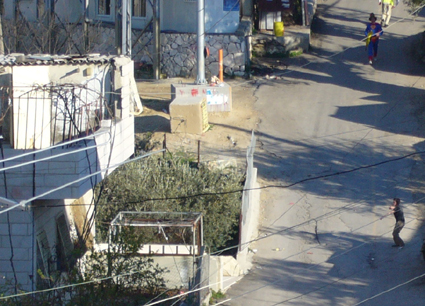 The HRW didn’t stop recording and the soldiers paid more attention to him than to the child who kept throwing rocks at houses, HRWs and Palestinian children. After at least 10 minutes another soldier came who eventually took the boy away. The boy collapsed in the middle of the road and was carried away by a male settler.

Immediately another child about the same age ran down and started yelling and throwing rocks at Palestinian boys in the workshop and the HRWs. The two soldiers held the child but it took them a while to make him calm. 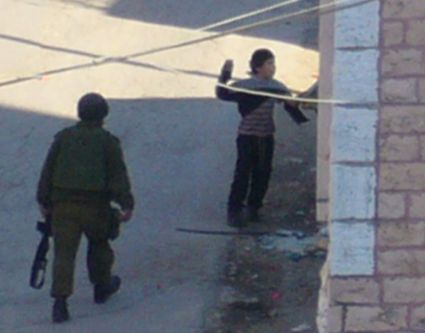 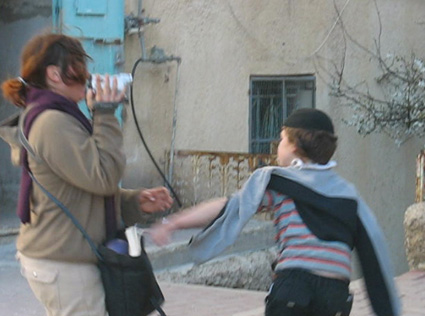 At 5pm a police car stopped next to the HRWs on Shuhada street and told them that the whole of Tel Rumeida in H2 is a closed military zone for 2 days and that the HRWs shouldn’t be on the street. The police said that this also included Palestinians but another police car stopped next to them and told them that the close military zone is just for foreigners and that Palestinians who live here are allowed to stay. This was the first time HRWs were told about the order even though it was supposed to have been valid from 10 in the morning. HRWs were only shown a copy in Hebrew and were not given a copy to take away. They asked to photograph it and it turns out that it only applies to people who don’t live in Tel Rumeida and not to the HRWs who do live there.

Yesterday morning a neighbor of the Abu Aisha family saw a settler give a piece of bread covered with an unknown powder to their goats. The neighbor told this to the Abu Aisha family but the goat seem to be alright at that time. This morning however they found a goat lying in it’s stall unable to walk or eat. They gave her medicine by injection and in the afternoon the goat could walk again. Mr Abu Aisha reported this to police but he was told that there is not enough evidence for the police to take action. 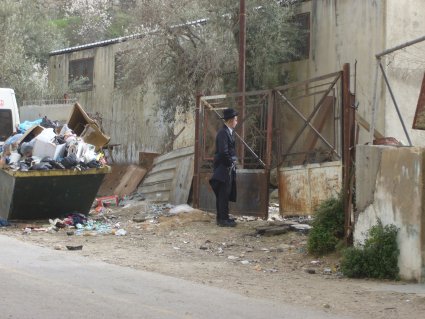 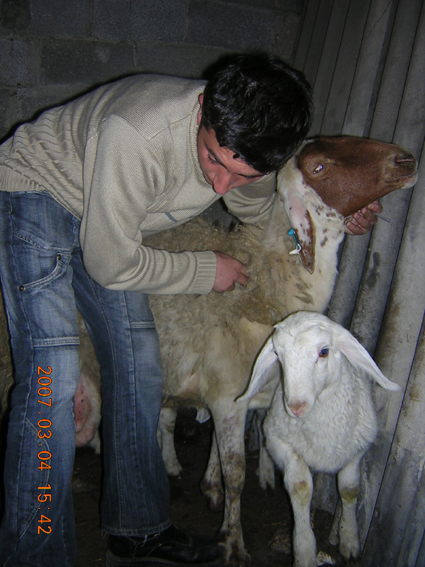