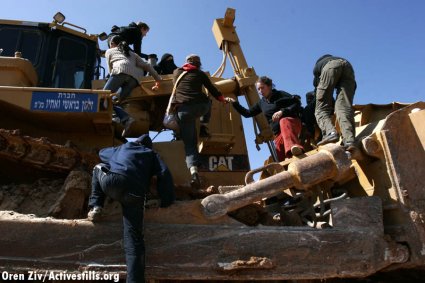 The activists blocked the bulldozers for two hours this morning before a special unit of the riot police arrived to remove them. The activists have been taken to Gush Etzion police station.

Yesterday three Palestinians from Umm Salamuna were arrested for protesting the annexation of their agricultural land, including the Village Council Head Mahmoud Zaqatka. His son, Rashid remains in detention.