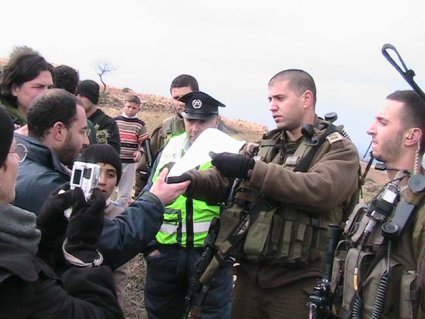 The activists planted trees on the borders of an illegal Israeli settlement, a small outpost on Palestinian land, in which the settlers live in caravans. It was also within an area that is soon to stolen from the Palestinians and absorbed into Israel by the construction of the apartheid wall. Al Khadir once had 22,000 dunams (22,000,000m²) of land, after the completion of the wall only 2,000 dunams (2,000,000 m²) will remain.

The Israeli soldiers arrested one activist who was an Israeli member of ‘Peace Now.’

The non-violent demonstrators succeeded in planting in excess of a hundred trees on the soon to be annexed Palestinian land. 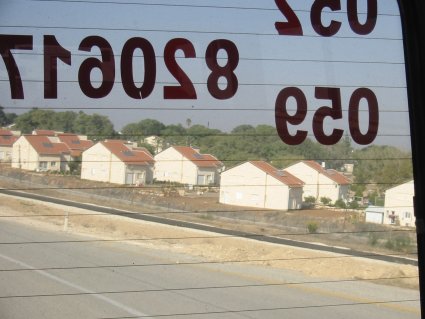