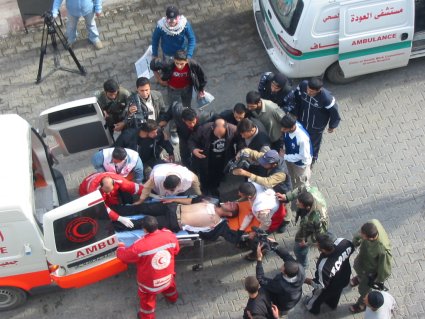 “This morning at 6.30 am army tanks on the east of the village fired missiles against some homes of Beit Hanoun Village, the outcome was disasterous, 11 members of one family were killed, the total death toll is 22, and may increase in the next hours, the injuries are serious and very critical, including many women and children.”

“It was very painful to see young children dead on the street, most were badly injured. The Israeli army said they will investigate and open a case of what happened. But only 30 minutes after they declared that, a 16 years old Palestinian boy was shot dead by an Israeli sniper.”