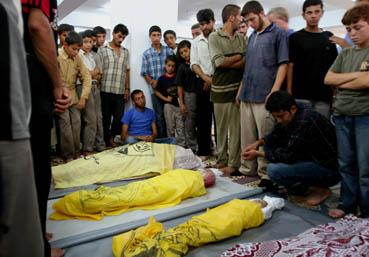 Real World Radio interviewed Hernan Zin, an independent journalist who lives in Spain. Zin has been traveling around the world for 13 years —as he explains in his own blog — in order to “give voice to the excluded, the marginalized, those who are in the final step of the social ladder”.

He is currently reporting on armed conflicts, that’s what took him to Palestine. From there, he spoke about what is happening in Gaza, about the terrible situations that the civil population have to face everyday, where the heat coexists with the lack of food, the lack of medicines, the lack of power… the lack of nights without bombings, the lack of streets without dust, which keeps falling from the structures of the buildings.

Zin explained very clearly what we are talking about when we speak of Gaza.

“Literally, it is a 45-km long strip, surrounded by Israel, by walls and electric fences. Then, they control what goes in and out and they have imposed a brutal blockade that is destroying the civil population, and especially and as usually, the poorest people”.

Since his arrival in Gaza, Zin has watched the destruction caused by the Israeli blockade, which has ruined the Palestinian people; fishefolks that have been prevented from going to the sea by the Israeli Army for over 50 days; farmers submerged in a deep crisis, because half of Gaza’s cultivable soil has disappeared. And everything is surrounded by non-stop death, something reminded every second by the sound of the airplanes.

“If the Israeli States has a conflict with Palestine, it has to solve it by means of dialogue and not by punishing the civil population”, Zin argued. He added that “the elderly people, women, children whose death I have witnessed in these two months, who are starving, who do not have medicines to go to the hospital, who cannot leave the country to have surgery, who do not have to pay for all of this”.

The military operation led by Israel the day after the kidnap of Israeli soldier Gilad Shalit (known as “Summer Rain”), the vision of the Palestinians of ruling party Hamas and the arrest of Lebanese lawmakers by Israel, the marginalized role of the international community in the conflict—which shows a “double standard”, according to which an Israeli and a Palestinian life are not of equal worth—were some of the issues discussed by Zin at the interview, during which he tried to make this war, that has been forgotten by the West, visible. 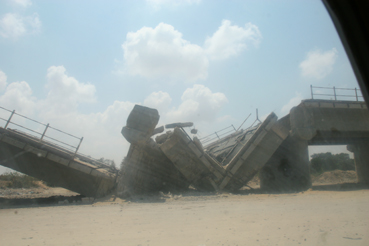 Hernan Zin an Argentine born journalist has written and directed documentaries for El Mundo TV and TVE, published stories and reports all over the world and written books that have been published by several editorial houses.