Protesters shut down the Brighton, UK, arms factory EDO-MBM in the early hours of September 21st. Using barrels filled with concrete and bicycle locks they closed all the gates to the factory, effectively stopping anyone from entering the building.

EDO MBM manufactures weapons components for the Israeli army, who slaughtered over a thousand Lebanese civilians this summer and who are engaged in a murderous assault on the people of Gaza. Andrew Beckett, press spokesperson for the campaign said ‘we have shut down this factory so that it cannot go on producing armaments to be used against the people of Gaza. We will keep on causing disruption to the factory until it closes down permanently’.

The workers began arriving at around 6am. By 7.30 there were over 100 workers with their cars outside the factory. They were met by protesters who used megaphones to make the workers listen to details of the carnage that their weapons wrought in Gaza, Lebanon and Iraq.

Later that morning the protesters bore witness to the surreal sight of the managing director, Paul Hills, having to climb the fence of the factory in order to get inside. He then returned brandishing an angle grinder, which he instructed an employee to use to cut a hole in the company’s own fence through which employees were eventually able to get inside the factory.

The factory was completely blockaded from 6am to 9.30am, stopping production for several hours. Having achieved this aim, the blockaders decided to unlock themselves before the police intervened. There were no arrests. 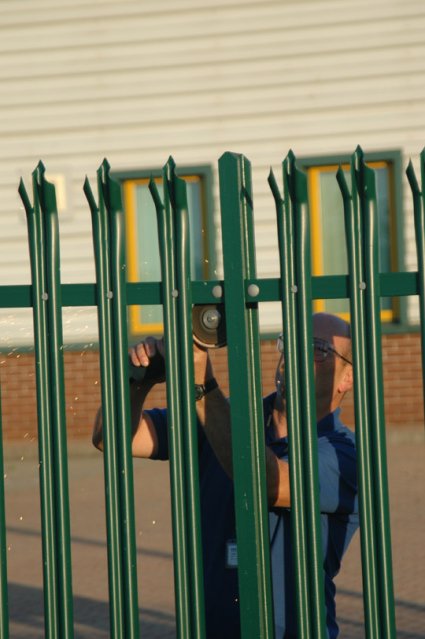 Smash EDO demonstrate every Wednesday at EDO MBM, Home Farm Road from 4pm to 6pm.
See smashedo.org.uk or contact smashedo@hotmail.com for more details of the campaign.