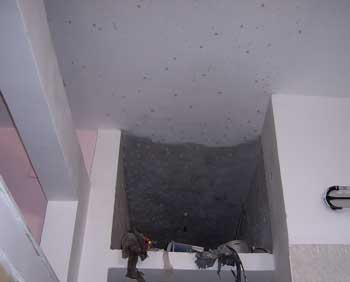 Early Wednesday morning, August 9, soldiers invaded Balata Refugee Camp. They began the operation by occupying 2 homes. The mother in the first house heard them outside the door preparing to blow it open, but jumped out of bed screaming “No, wait! Just let me open it!” Twenty soldiers and one spy entered the home and woke both of the sons by nudging them and shouting in Hebrew, “wake up!” The sons opened their eyes to see the barrel of an M16 a foot from their face. The entire family was rounded up and stuck in one room where they were held without being able to use the restroom and without water for 3 hours. The Isaeli military was using this house to monitor the target of the operation, the house across the alley. As this was happening the soldiers also occupied another home in order to set up snipers in the flat as it was overlooking the alley.

Meanwhile in the street, there were about 70 soldiers and 4 spies waiting outside the target house. They called for everyone to come out of that house. When no one immediately immerged they began throwing sound bombs and grenades through the windows. The family was forced out. Four of the young men were arrested and taken to Huwara detention center. The rest of the family, including an elderly mother and small grandchildren were forced to wait in the street as the soldiers destroyed many of their possessions. They searched with dogs while continuing to explode grenades. They left about 5am. This is not the first time the army has come and destroyed the home. On May 18, 2003 they came in the middle of the night and blew it up and a nearby home as well, despite the efforts of ISMers who had chained themselves inside. The army arrested them and then proceeded to blow up the house. The mother says, “Every time we rebuild, they destroy.”

Soldiers trashed the house before they left

The family has seven sons. One is dead, two are in jail and now they have taken the remaining four. The army has said that one of the remaining four is “wanted” and for what they did not say. “There are currently 1,000 Palestinians being held without charges or trial, and 8,000 being held after military courts have convicted them, almost always on the basis of confessions which were extracted by torture”, Norman Finkelstein stated in a recent interview on DemocracyNow.

They released 3 of the sons in the early morning. One of the sons, Ahmed, 28, had already served time in prison when he was 14 for being wanted and since then has been shot 5 times by the Israeli army. Once they made him get out of his taxi and then shot him in the head and hand. He was also shot during a nonviolent support ralley for the prisoners on hunger strike and has been shot just being outside in the wrong place at the wrong time. He had just returned yesterday from a hospital in Jordon where he was seeking treatment for his hand. As he explained this to one of the soldiers last night, the soldier looked at his hand and pushed his finger in the hole where the bullet hand been. Then he slapped the cuffs tightly across the portion of his wrist that had been deformed from the injury. After cuffing him, he was beaten with guns, batons and fists.

There is still no word on the son in detention. They have 18 days to return him or renew the order.