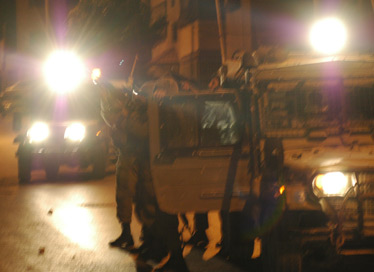 Around 10:15pm on Tuesday, July 25th 2006, ISM activists were alerted to a large army operation taking place in the Ein Omesharayet neighborhood of Ramallah. Four activists arrived at the scene around 15 minutes later to act as eyewitnesses to the assault.

Israeli special forces had taken position near a six-storey building. Several jeeps, humvees and an army prison truck were also at the scene (20 vehicles according to press reports). Local youth were throwing stones at jeeps, who were intimidating them by driving up and down surrounding streets. 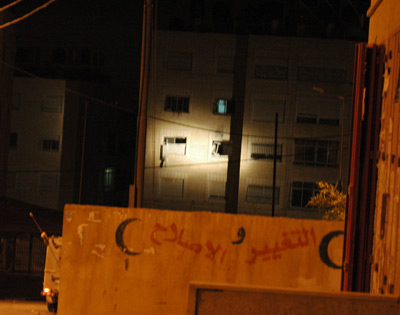 To the best of the activists’ knowledge, the army had told families living in the building to leave and later put them in a ‘safe space’ nearby. The target of the operation, a Gazan owner of an apartment on the fourth floor of the building, had not left. 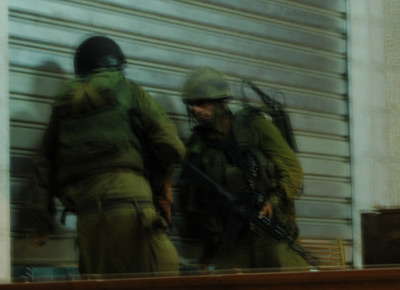 Israeli special forces fired at the building using live ammunition. When this did not seem to affect the situation, they used larger projectile explosives. From the outside, we could see two windows of the apartment on the fourth floor blown out. Following a few of these high-explosive projectiles exploding against or in the building, and a little further small-arms fire, the area became quieter, save for the revving jeeps still running youths up and down the streets. At one point, soldiers entered the building. 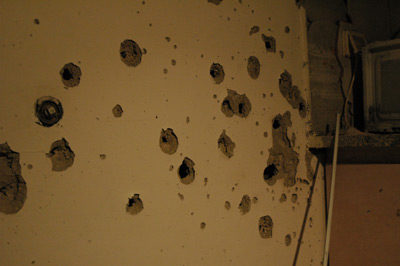 Shortly afterwards, the army evacuated the area and activists went into the building to take pictures and talk to Palestinians in the area. There were bullet holes all over the apartment’s kitchen, furniture scattered and blown around, remnants of food covered in dust from the walls and so on, the aftermath of a huge attack on a single person. On the way back downstairs, activists noted streaks of blood on the wall and the floor. Presumably the army captured the man they were looking for, though in what condition is hard to tell. 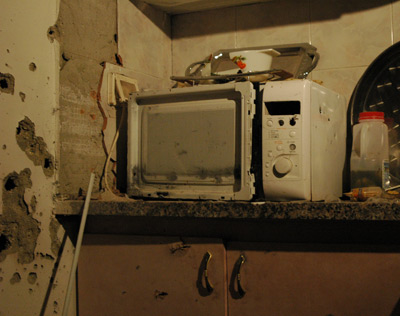 Additionally, there are reports of at least two injured youth, aged 14 and 15 who were taken to hospital with light to medium injuries.