UPDATE, 19th of June: Judge Pilpel yesterday ruled that Paul will be denied entry. Paul has now left the country. There are now 15 days to file an appeal against the denial of entry. At this time, a decison on whether to do this or not has not been made. 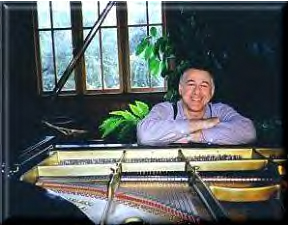 Israeli friends who came to attend the court hearing Thursday of Paul Larudee, Ph.D., a 60-year-old piano tuner from California, were shocked at how the so-called trial transpired. After opening statements from both the defence and prosecution lawyers, Judge Pilpel requested a private conference in the judge’s chambers with secret service agents who presented her with “secret evidence” explaining why Paul should be denied entry to Israel.

Paul’s denial of entrance to Israel means denying Paul access to the occupied Palestinian territories where he was planning to support Palestinian nonviolent resistance with the ISM (the International Solidarity Movement) and has twenty engagements scheduled for tuning pianos. Israel continues to control all the border crossings in and out of the West Bank plus the only border crossing for use of internationals in and out of Gaza. Israel has denied entry to thousands of peace activists in the past three years and completely denies foreign nationals the right to visit Gaza.

To the dismay of Paul’s attorney, Gaby Lasky, Judge Pilpel came back from her session with the secret service saying that she thinks that there is no reason to discuss the other points brought up in the defence. The reason for Paul’s detention was not questioned nor presented to the public. This kind of “trial” is common in Israel’s military legal system, through which thousands of Palestinians have been sentenced to renewable periods of “administrative detention” based on secret charges that are, in turn, based on secret evidence.

It is inevitable that democratic values in the Israeli civil legal system, such as an individual’s right to defend himself in court, have been eroded under such a system. Democratic values cannot co-exist in an apartheid system. The Israeli civil court system cannot respect human rights as long as there is a parallel military legal system in which the human rights of Palestinians are disregarded.

Paul has been held in detention since the 4th of June. Judge Pilpel will give her decision on Sun June 18th at 8:00 AM

From his holding cell, Dr. Larudee made this statement,

“Am I a security threat to Israel?”

“Numerous ISM volunteers have been denied entry, for no more than the infamous ‘secret security’ reasons that no one is allowed to see. Case closed.

“What could the mysterious security reasons for my detention be? Perhaps there are clues. Let’s assume that it has something to do with my participation in the International Solidarity Movement, which practices nonviolent resistance against Israeli violations of Palestinian human rights. First, let’s acknowledge that Israeli authorities are no fans of the ISM. We support Palestinian nonviolent resistance to the occupation on a regular basis. This may be against Israeli regulations, but that is the nature of nonviolent civil disobedience, and our actions have spared lives, both Israeli and Palestinian.

“Let me acknowledge that my treatment here is not onerous. The cells are as comfortable as one could reasonably expect in what is, in effect, a prison. The guards are courteous and make every effort to accommodate special needs. There are, however differences between my treatment and that of other detainees. I have been isolated from the rest of the population and am usually the only person in a single cell. Second, I am not permitted use of any mobile phone, while all others have this privilege. More than once, I have been told “not to talk to journalists.” Finally, I was not even permitted paper and pencil until a flood of calls and a visit from the US Consul managed to reverse that draconian condition. These restrictions point towards suppression of free speech and dissent as the real motivation, not security concerns.”