Settler women sitting in an occupied Palestinian clothing shop; the clothes are ransacked in a pile on the left (Photos by Sunbula)

A Palestinian family related that at around 10:30pm on the 7th, six soldiers entered their home, confiscated their mobile phones, and turned them out of doors, except for one of the brothers, who they locked in a room downstairs. When they were asked why they did this, one of the soldiers replied: “because I want to fuck him”.

They went through all the wardrobes and cupboards of the house, the computer and digital camera. When asked what they where looking for they refused to answer.

One of the soldiers took photos of everyone, with his mobile phone camera.

At midnight the soldiers left, saying that they would return, and it is at this point that the family called a Human Rights Worker (HRW), who relayed the message to us. 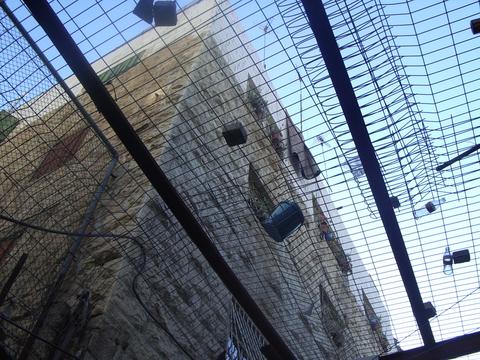 Six soldiers turned up at the apartment, banging on the door and asking to be let in. They said they where bored and lonely and wanted to come in for tea and coffee, giggling and calling to us in falsetto voices. They continued this for about half an hour, before they left, singing and laughing.

An independent researcher was outside while this was going on, having been caught outside smoking a cigarette. While the others where banging on the door, three surrounded her, asking her if she was smoking hash and where she was from.

When she told them they where “hillul hashem” (a disgrace to God), one asked her if she spoke Hebrew; she told them she did not, he then spoke to her in that language in a tone suggesting she was being insulted, then repeated the routine with Arabic.

She asked a different soldier who had seemed more sympathetic, why they where doing this, to which he replied they “sometimes have to do bad things”.

She told him that when they behaved in this way, they disgraced themselves and their country.

Seeing she was shaking, he then asked her if she was cold, to which she said she was, and it was at that point that he lead them away.

It was noticed that a dozen soldiers and two jeeps, where gathered in the street outside the apartment.

At 8:15pm, at least four soldiers came to the door of the apartment, the first of them saying: “Let us in. I’m asking nicely this time.”

When they where refused one of them went down on his knees and begged to be let in.

A HRW asked if they had a warrant, they replied that they did not, and after about ten minutes they left.

An American HRW was sitting across from the HRW’s apartment, when two settler children, about 8 to 10 years of age, where let out of a car in front of him.

They walked past, towards the Tel Rumeida settlement, stopping at the first skip, and picking up stones, which they threw at the HRW, hitting him in the neck and collarbone.

The soldier on guard was alerted by a passing local, and came to intervene, at which point the children left, running up the hill to the Tel Rumeida settlement. 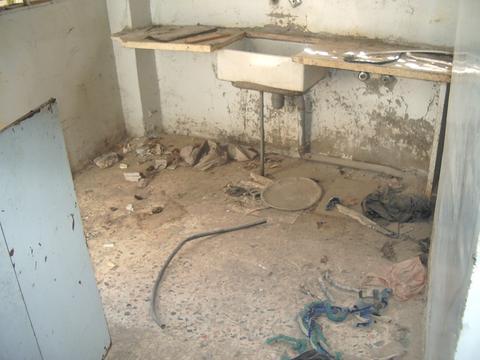 An Australian and an American HRW where just departing their post on Shuhadda street when two children between 7 and 8 years of age, came up from the Bet Hadassah settlement began hurling stones at one HRW, while the other HRW recorded this event on camera.

The soldier was slow to intervene, trying to chase off the children when a HRW called for him to do so. The children evaded the soldier, continuing to throw stones for a few minutes, before running off back to towards the settlement. No one was hit.