Take a Virtual Tour of the 2006 Balata Invasion 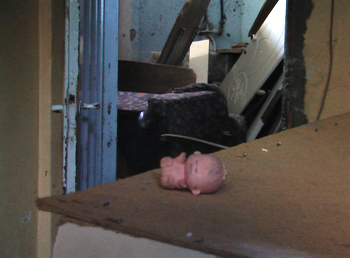 Inside a home that was first set on fire, then exploded to kill three fighters hiding inside. 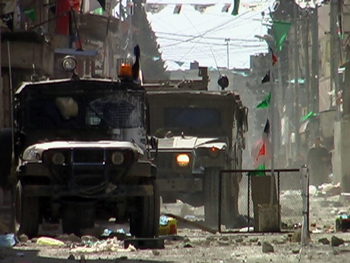 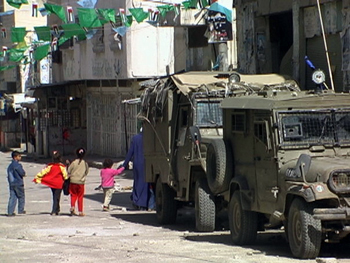 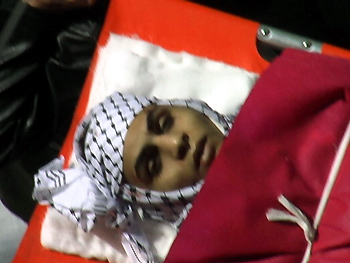 A 17-year-old is carried through the streets in a funeral procession to honor him and another boy the same age. The two martyrs were unarmed, watching the invasion from a rooftop when an Israeli sniper shot them in the neck and face. 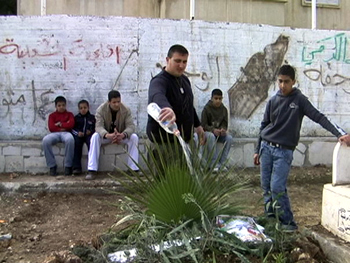 After two of their friends are buried, a group of boys decorate the grave and pay their respects. 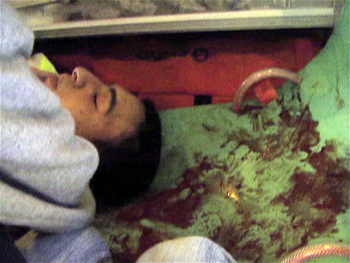 A Palestinian medical volunteer bleeds from a gunshot to the the head he received during an attack on a group of international and local medics, press, and civilians. 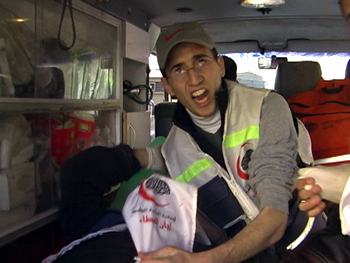 A medic grips his friend’s vest, showing that he was visibly a volunteer. 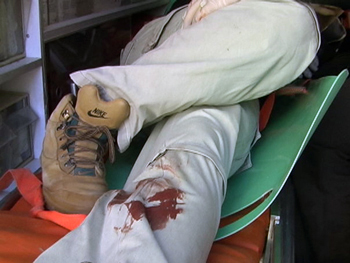 A wounded medic lays in an ambulance. 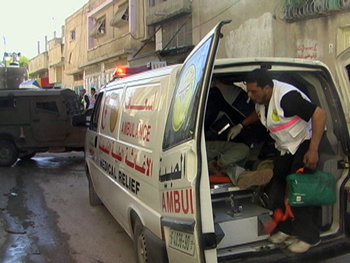 Military vehicles stop an ambulance from carrying a medical volunteer to the hospital to treat a bullet wound to his head. When media cameras arrived several minutes later, the vehicles finally allowed the ambulance through. Shortly afterward soldiers stopped the ambulance again, removed the unconscious man and placed him under arrest, taking him to a nearby military base. 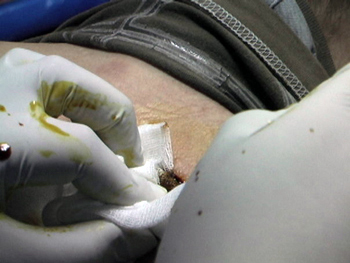 Shrapnel is removed from a Dutch woman’s shoulder after she and an American volunteer were injured by an explosive.