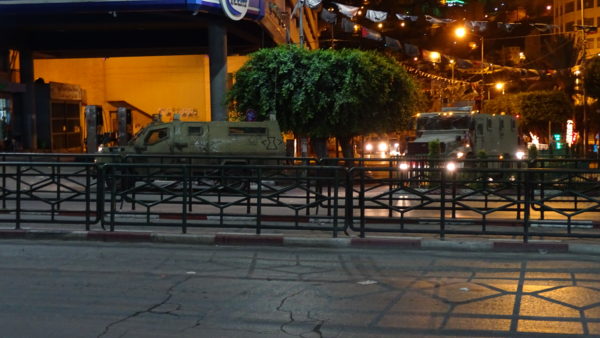 The army raided the Pal Media and Trans Media headquarters in Ramallah and seized their equipment and video material. Also other companies and branches of the two companies in Nablus, Bethlehem and Hebron were raided the same night.  Soldiers closed the entrances of the Pal Media and the Trans Media offices with iron plates and left a poster which warns journalists and other workers not to work for both companies in the next six months.

This means a shut down of the work from thesr two major Palestinian media companies and also saboutages the other media and news sources within Palestine. Pal Media and Trans Media work together with news agency’s like the BBC, RT and Al Jazeera from outside Palestine to share information about the occupation.  It’s not the first time that the Israeli army targeted media companies to silence the Palestinian cause and also to interrupt Palestinians in their daily life of consuming television and radio shows. 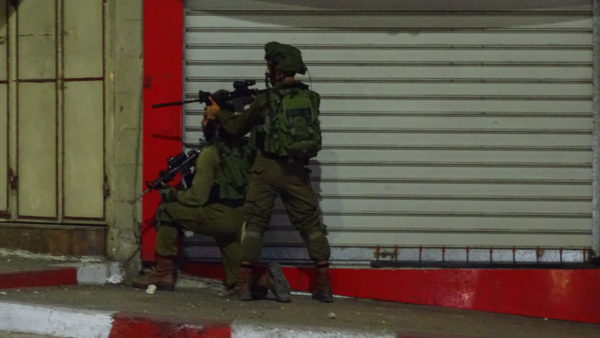 During the raids in the occupied city’s, three of them declared  Area A zones under full Palestinian control according to the Oslo agreement, the youth gathered around the army and tried to prevent the Israeli forces from maintaining the illegal closures of the media outlets and from accessing their cities. In the following clashes several Palestinians were shot with rubber coated steel bullets in all cities or injured by stun grenades and two journalists in the city of Hebron were arrested by the Israeli forces. With these new acts of violence against the freedom of speech from Palestinian journalists and media companies and the several night raids all over the West Bank, Israel shows yet another ugly face of it’s occupation politics to silence and interrupt Palestinians on a daily basis.