During the demonstration in Kfar Qaddum today, Friday the 8th of September, a 20-year old Palestinian protester was shot with a rubber coated steel bullet in his chest, and treated at the scene, while camera drones were buzzing above the heads of the participants. The ISM-ers present also noticed how the Israeli military forces were photographing and filming the protesters. This material is usually used in order to arrest participants, often underage and denied access to lawyers. 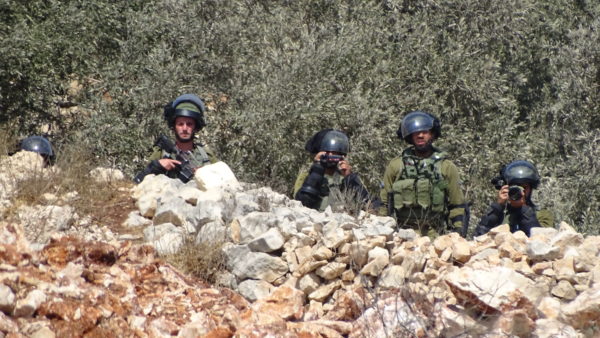 The Israeli army is blocking the road leading from the village of Kfar Qaddum to the city of Nablus since 2003. The closure of the road has doubled the commute to Nablus for the villagers, increasing both travel time and cost. Since 2011 the villagers have protested weekly against this road closure.

The settlement of Quedummim, bulit in 1975, has expanded over the last years, and during just the past weeks new illegal mobile homes have been placed in the outskirts of the settlement annexing more Palestinian land. The caravans are placed strategically in order to connect the two parts of Quedummim, which would cause the Kfar Qaddum villagers losing several dunams (hectar) of land nourishing hundreds of olive trees. 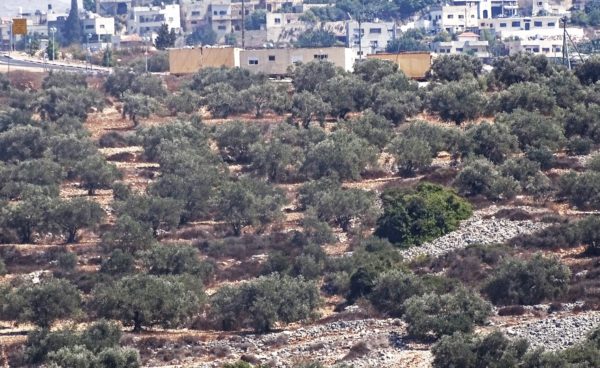 The illegal caravans placed strategically between the illegal Israeli settlement of Quedummim and the land with olive trees belonging to the village of Kfar Qaddum.

The expansion of settlements, blocking of roads and land thefts are witnessed daily in the illegally occupied Palestinian territories.