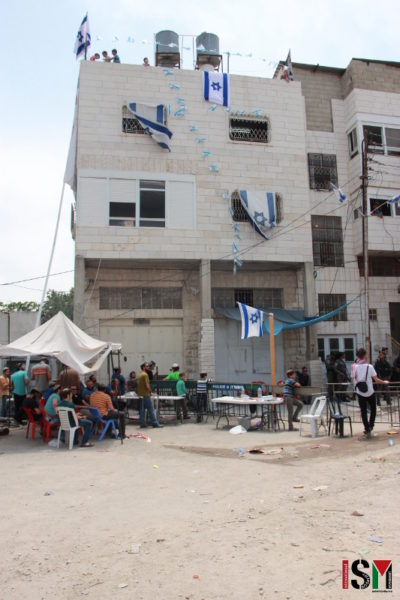 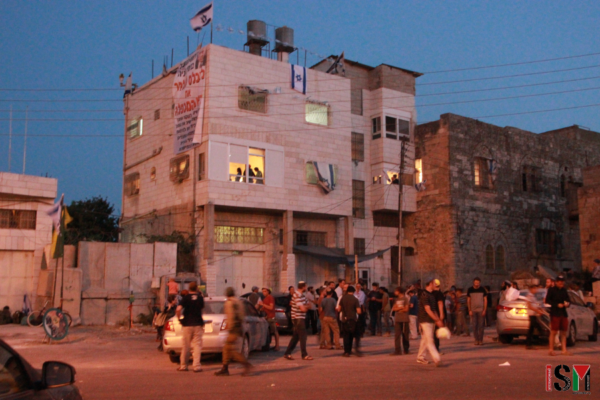 Israeli settlers gathering and chanting loudly in front of the house they illegally occupied.

The following morning the situation was still going on and there were more Israeli police and army present. Also different media came to the site, but were not allowed to enter the house. A journalist tried to enter the house after getting invited by the family of Abu Rajab, to document the situation and interview the family but the police prohibited him violently from entering, intimidating the host and his family. On the same Wednesday morning, a Palestinian man living in the house was assaulted by the settlers as he was trying to enter his house. In the evening the scene was dominated by a huge group of young settlers chanting, dancing and shouting at passers-by guarded by heavily armed border police. Also a settler, known for his violence, was seen talking familiarly to the army forces and harassing Palestinian media representatives. 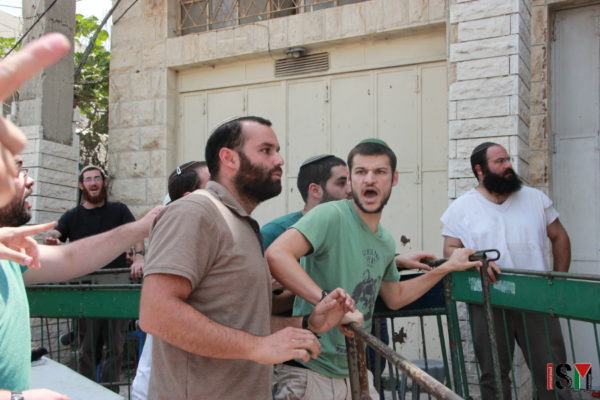 Israeli settlers showing aggression towards residents of the house as well as journalists. 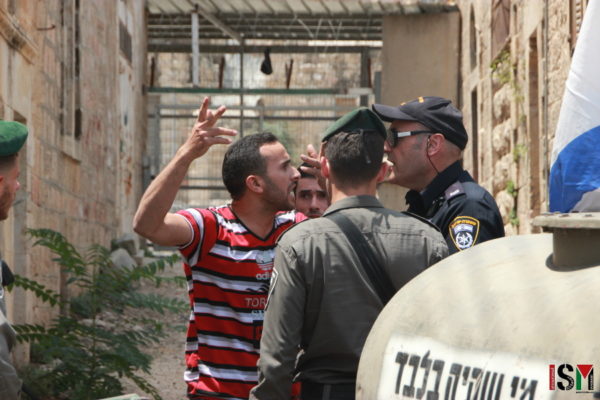 Palestinian man living in the house was assaulted by the Israeli settlers as he was trying to enter his house.

This was not the first time that something like this has happened in the same building. In 2012 the settlers tried to take over the same house, but the civil administration decided that the settlers did not have enough evidence for their claim of ownership over the property. The families were removed from the house then and have been trying to dispute the case in court ever since. The Palestinian owners deny ever selling the property and accuse the settlers of forging documents to steal the house from them. 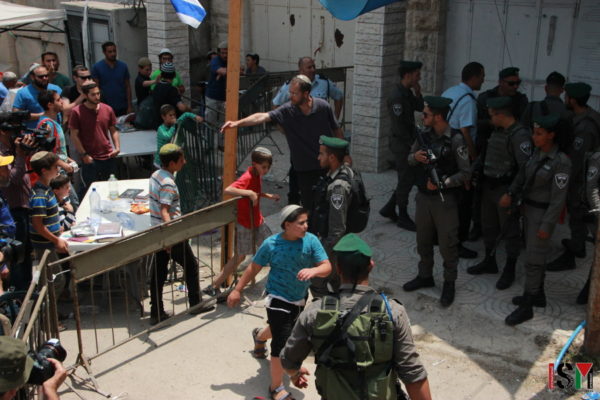 Israeli police present at site, but not evicting the settlers illegally occupying the house.

It may be no coincidence that the illegal occupation of the house comes during the tensions surrounding the restrictive Israeli measures at Al-Aqsa mosque in Jerusalem. It seems the settlers are using the momentum now to disregard the law and take the house when everyone is looking at Jerusalem. It has already been 12 days that the Israeli police has allowed the continuation of the illegal occupation. 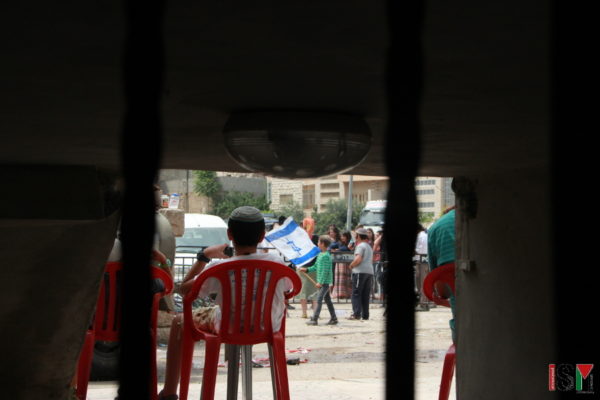 Israeli settlers on the courtyard of the house – a view from the window of a Palestinian family living in the house.