On Friday evening the Al Khalil team surveyed the intersection of prayer road. The route leading north towards the illegal settlement Kiryat Arba had Israeli soldiers posted all along, with several military vehicles stationed by the intersection. Both settlers and Palestinians crossed the intersection, and the Palestinian residents were being closely monitored by both soldiers and border police. 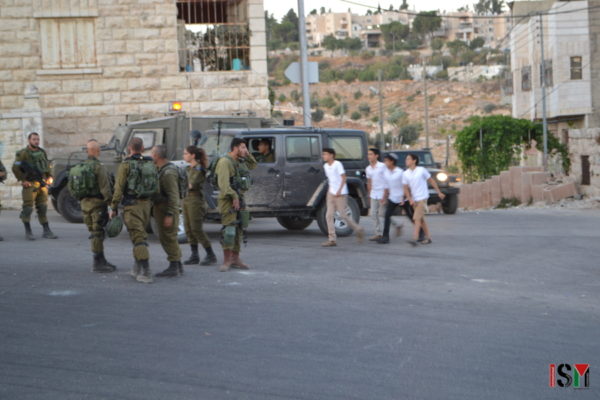 As shabbat was approaching, the tension along the prayer road increased and more Israeli soldiers began patrolling. Approximately 15-20 soldiers and 3-4 military vehicles were sent for the intersection. Barriers and fences were used to control passing Palestinians, and many of them were escorted across the street by armed soldiers.

Besides the soldiers and vehicles present on the road, a few were also using the rooftops of three Palestinian houses in order to surveil the Palestinians. 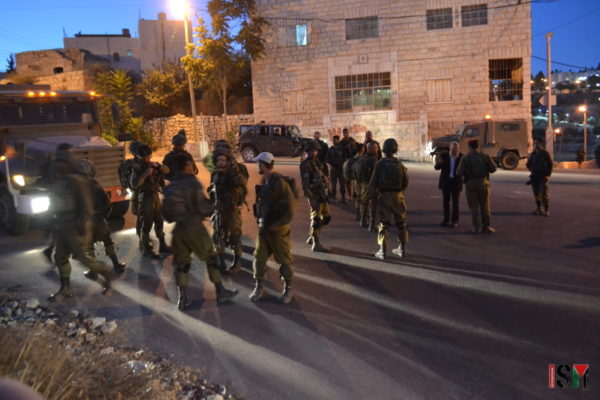 Israeli occupation forces controlling the mobility of the Palestinians

After 9.30 PM the settlers were no longer using the roads, and some military staff left. The Al Khalil team concluded that the situation was under control, and that no Palestinian civilians were hurt by soldiers or Israeli settlers.

The military intervention of prayer road takes place every Friday in Al Khalil, and is one of the many actions developed to control Palestinian access and mobility inside the city.