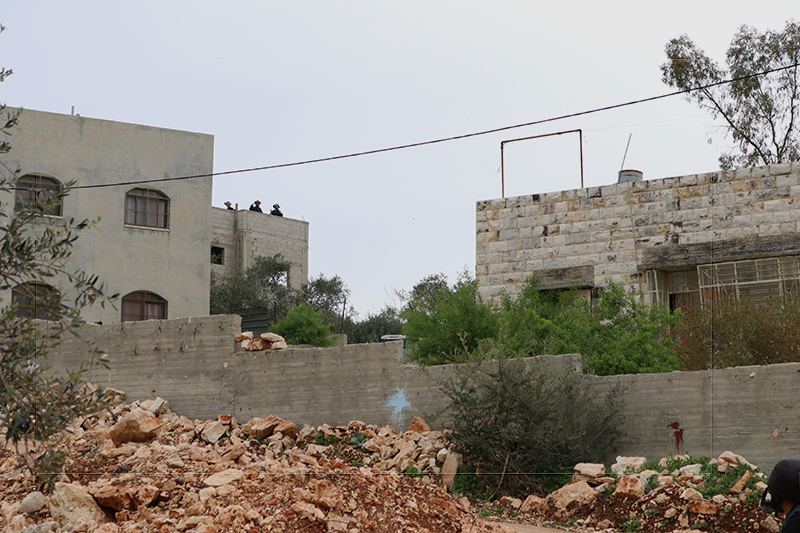 On Friday 17th of March the people of Kafr Qaddum gathered for another weekly demonstration which was repressed by Israeli forces, who shot teargas, stun grenades and rubber-coated steel bullets at demonstrators. Israeli forces were seen on at least one rooftop in Kafr Qaddum, as well as a nearby hill, which they used as vantage point to shoot at protesters.

Before the demonstration had started the Israeli forces were strategically stationed within the village of Kafr Qaddum, some even on the rooftop of a Palestinian home. Around 12:30, just a few minutes before the demonstration would have begun, teargas was fired. Some youth from the village began throwing stones at the Israeli forces in an attempt to drive them out. The clashes continued until around 14:30, when Israeli forces withdrew after having fired teargas, rubber-coated steel bullets and stun grenades at protesters. 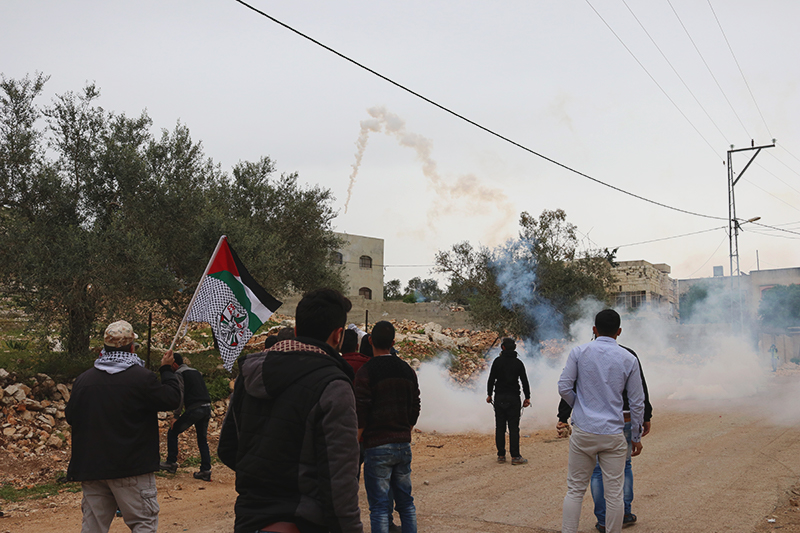 Before the end of the demonstration rubber-coated steel bullets were shot at protesters causing light injuries to two pro-Palestinian Israeli activists. Both the rubber-coated metal bullets bounced before impact limiting the damage inflicted.

The people of Kafr Qaddum have been protesting actively for over five years against the closure of their main road to Nablus and the expansion of the illegal Israeli settlement of Kedumim. This road closure translates into a longer commute for the villagers when travelling to Nablus, as such it also has an important social and economical impact on Palestinian communities. These demonstrations continue despite encountering heavy repression with the Israeli forces regularly using live ammunition against the local activists. 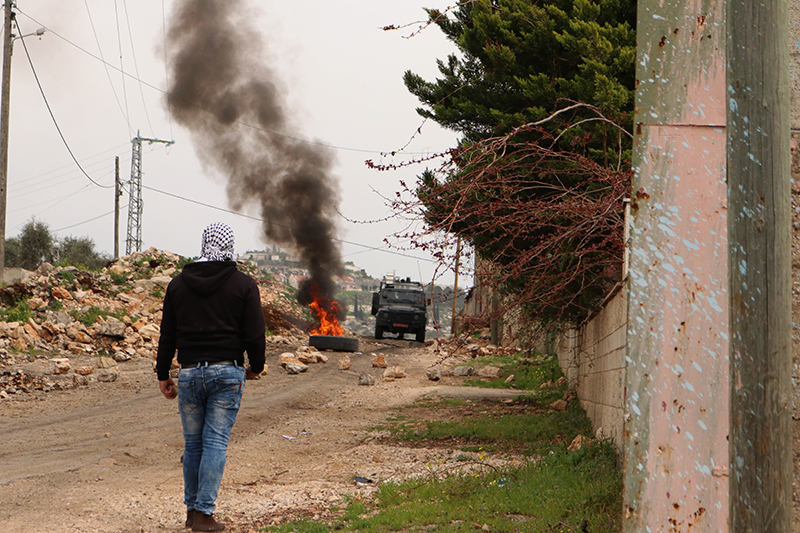