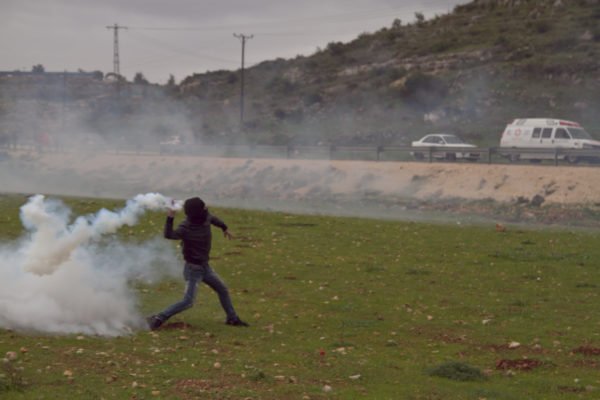 Today on the 3rd March 2017 the popular resistance in Nabi Saleh village held a demonstration against the nearby illegal settlement which has stolen large amounts of the village lands, the road closures affecting their village and the occupation of Palestine. The demonstration started with a group of people going to a local spring which has been stolen by the illegal settlement. Here local settlers arrived with guns and began to assault the peaceful Palestinian protesters who were supported by Israelis and other internationals. After the settlers assaulted many people there, including members of the press, the army arrived and also started attacking the demonstrators and letting off multiple sound grenades. The demonstration moved back up the hill towards the village with settlers throwing stones, the Israeli forces firing tear gas, sound grenades, rubber bullets, and live ammunition at the demonstrators – this aggression was met with stones from the demonstration. Eventually the clashes moved into the village lasting a number of hours with the Israeli forces closing off the main entrance to the village. 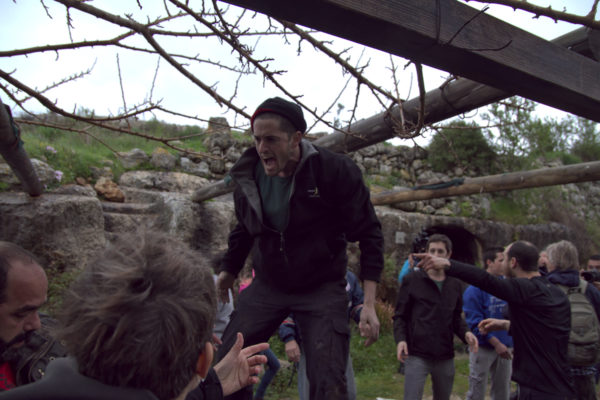 Initially the demonstration walked down a hill to a local spring which belongs to Nabi Saleh but was stolen by the illegal settlement, upon arriving there banners were held and people were chanting. After around 10 minutes heavily armed settlers from the nearby illegal settlements arrived and began to assault people there, including small children and elderly people present at the demonstration. During this confrontation the Israeli army arrived and instead of keeping the settlers back, began to help them assault the demonstration. In this time at least one press photographer had his camera broken by a settler and multiple people received punches and kicks. The Israeli army started to let off sound grenades in the midst to demonstrators who began to move to the hill towards the village. 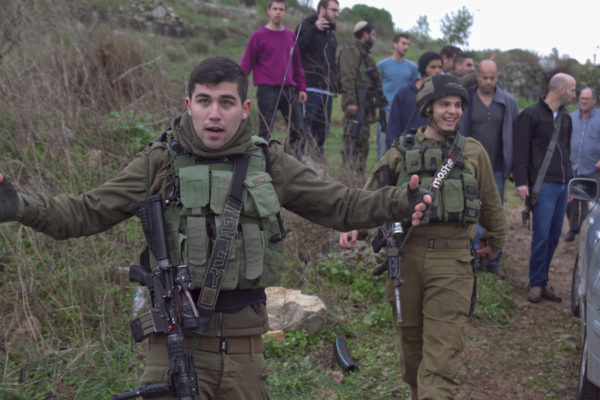 Whilst on the hill some people began to throw stones at the Army below. This was met by large amounts of tear gas, rubber coated metal bullets and live ammunition. The Army allowed the settlers to chase the demonstration attacking people with stones, assisting them by firing at the crowd. This attack was held off by the people of the demonstration with stones.

The Israeli army then invaded the town, they were met with strong resistance from the local people, eventually fleeing in their vehicles under heavy amounts of stones being thrown. But not before firing multiple times with live ammunition, rubber coated metal bullets and tear gas. 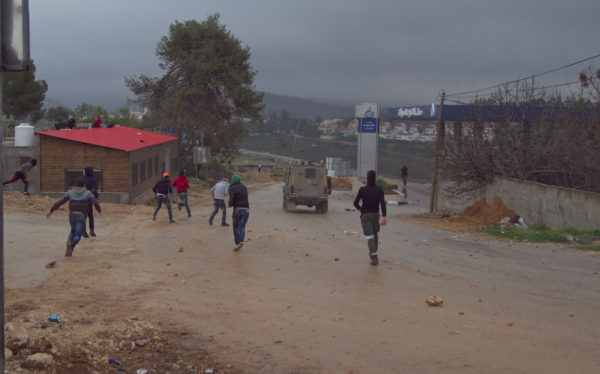 The soldiers fleeing the town  – photograph by ISM/Charlie Donnelly

During this time a checkpoint was set up at the main entrance to the town – a form of collective punishment to the villagers for their act of resistance. Afterwards the soldiers proceeded to invade the town multiple times sparking further clashes.