#DismantleTheGhetto: start of campaign in al-Khalil

Israeli forces and colonial settlers on Thursday, 9th February 2017, disrupted a peaceful protest near Qurtuba school on Shuhada Street in occupied al-Khalil (Hebron). Settlers attacked and injured one female student, and prevented Palestinian teachers and students from leaving the area. The event was organized by the National Campaign to Lift the Closure of Hebron as part of the ‘#DismantleTheGhetto: Take the Settlers out of Hebron’ campaign.

The day started with a celebration at Qurtuba school, which is located just above Shuhada Street, where most of the houses and businesses have been ethnically cleansed of Palestinians by the Israeli forces in the aftermath of the Ibrahimi Mosque massacre. Students performed a play, sang songs, and the best students from each class were honoured, along with teachers.

Afterwards, the group walked towards the Qurtuba school stairs, which used to be blocked for access for Palestinians by the Israeli forces since the area was declared a closed military zone 31st October 2015. Now, depending on the whim of the soldiers, most days teachers and students are again allowed to go up and down the stairs to school.

As the Palestinians were chanting slogans against the occupation and for freedom for Palestinians in al-Khalil and for an end to the closed military zone and the ghettoization of this part of al-Khalil, soldiers at the bottom of the stairs immediately called for reinforcements and settlers started gathering. 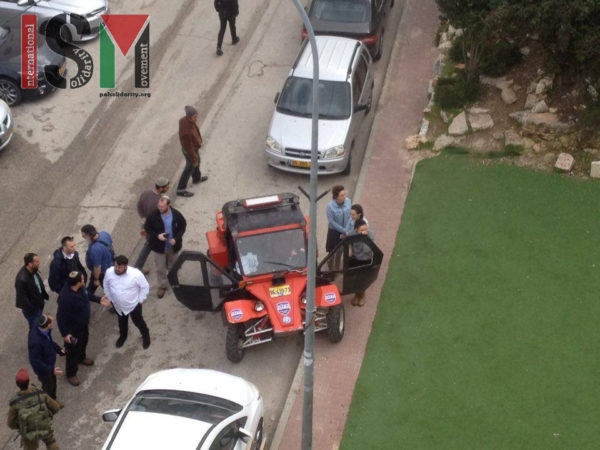 The settler Anat Cohen, who is infamous for violently attacking Palestinians and internationals with complete impunity (search YouTube ‘Anat Cohen Hebron’ for several filmed examples, ran up the slope that separated the children from the soldiers on Shuhada Street and began violently to attack the schoolchildren. She was joined by another settler with a violent and aggressive history. This had been an entirely peaceful demonstration where children demanded their own freedom of movement and an end to the occupation of Palestine, according to their human rights. There was no provocation. 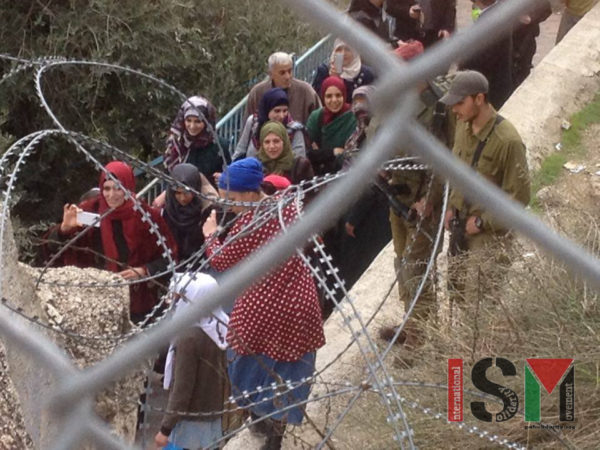 At the same time, students who were trying to go down the stairs to get home were detained by Israeli forces, while colonial settlers gathered on the street and at the illegal Beit Hadassah settlement opposite, ridiculing and threatening the Palestinians as seen in this video. As children were eventually allowed down the stairs they faced aggressive settlers, some armed with assault rifles, and Israeli soldiers chasing them down the street and yelling at them. 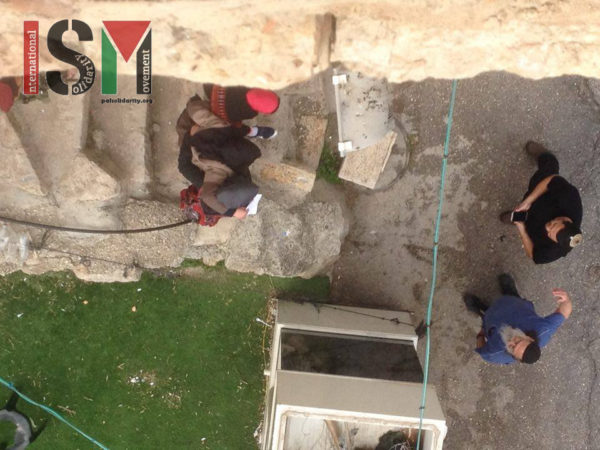 Palestinian student support down the stairs while settlers harass them

One female student was injured and unable to walk, and had to be supported by two teachers down the Qurtuba stairs, as Anat Cohen stood by filming them. Once she was down on Shuhada Street, the girl had to be carried in a chair by teachers towards Shuhada checkpoint so that she could get an ambulance on the other side. Palestinian vehicles, including ambulances, are not allowed on this tiny strip of Shuhada Street. Palestinians are only allowed to walk, not drive, and then only if they are registered as residents (for which they are checked by number not name). 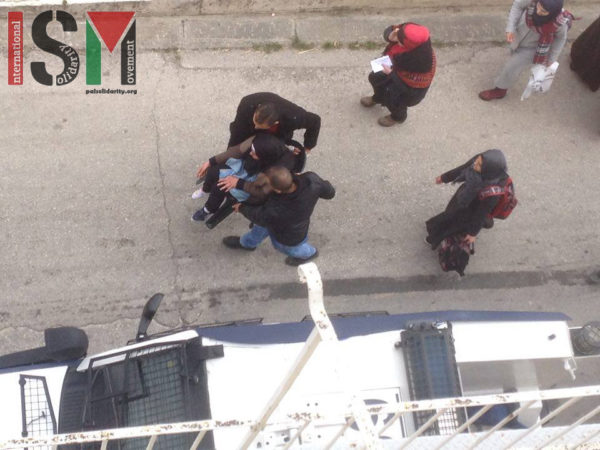 Palestinians carrying the girl on a chair to the checkpoint

Israeli military forces and Israeli police officers were present and did nothing to protect this girl or any of the Palestinians and internationals present.