New
Home / Features / Sebastiya will not be ruined

Sebastiya will not be ruined 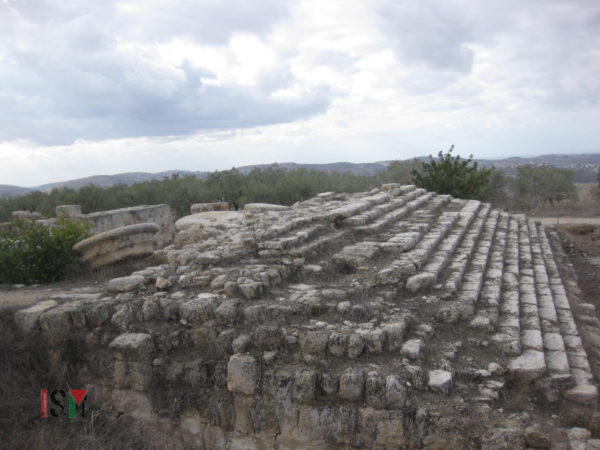 The Israeli Forces have been making their presence known in Sebastiya almost daily; sometimes just for show, and other times with bulldozers under the guise of ‘maintence and cleaning’.  But, when exactly did a bulldozer ever clean up a site? Instead, what they are doing is destroying these relics from history, knocking over pillars, moving rocks from one area to another, and adding a fence for ‘protecting’ the area.  In the last months, they have come and destroyed homes and shops all around area c.

As you walk through the old ruins in Area C, you can see 360 degrees, and in that view are Palestinian villages, olive groves, and pockets of settlements surrounding them on all sides. A few months ago, the settlement Save Shamron burned down a field of olive trees that belonged to two different villages, Sebastiya and Dershab nearby. In 2013, there was a demonstration against sewage problems in the area due to this settlement. The locals with support from ISM and other international groups protested until they removed the sewage from the waters. (link) 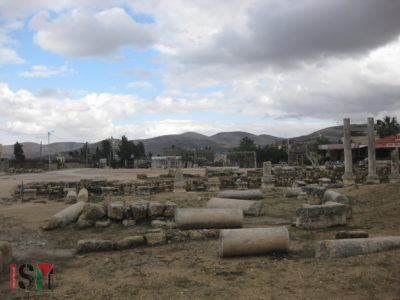 Bulldozer knock over ancient ruins in name of ‘maintenance’

Sebastiya is a beautiful small town northeast of Nablus up in the hills. It is a site of many ancient Roman ruins, including sites from Herod’s dynasty, sites of Alexander the great, and a chapel and mosque of Nabi Yahya (John the Baptist) that remains today a pilgrimage site for Christians and Muslims. The land has traces back to the Canaanites and the Jews, and therefore is a place that the Israeli government would love to have control over. The town is divided by areas A, B, and C. Most of the villagers live in area b, and most of these important archeological sites happen to fall in area c. 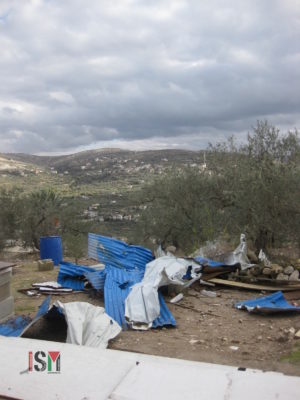 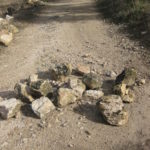 stones for blocking the Israeli forces from entering

The municipality receives threats that they will be returning, and fortunately the town is working well together to stand up against the militarization of their land. They are currently in a process in the courts to make the area a ‘world heritage site’ under UNESCO. This would protect the area from the Israeli government, as it would be under international control. 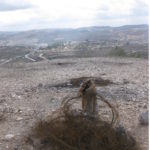 About one year ago, a group from the village decided to post a Palestinian flag on the hillside by the ruins. Immediately, this action was met with force by the Israeli occupation forces through teargas and arrest of seven young men between the ages of 18-22 years. Two of them remained in prison for almost a full year, and were just released recently. This continues to be a battle, and the village will continue to fight for the right to their land, and these ancient sites.