New
Home / Features / No matter who wins the US Presidential election, Palestine has already lost

No matter who wins the US Presidential election, Palestine has already lost

One week ago, the United States and much of the world turned on their televisions to tune into the 2016 Presidential debate.  Advertised as the most anticipated debate in a generation, millions watched as Democrat Hillary Clinton sparred off against Republican Donald Trump on US economics, foreign policy, and who would be the most well suited candidate to sit in the White House.  On the critical side, much has been said on Trump’s abrasiveness and Clinton’s inability to reconcile her and her husband’s failed policies in the past.  There is also much talk from the “progressive” side of US politics (those originally seeking the nomination of socialist Bernie Sanders) of voting for neoliberal Clinton as the “lesser evil” against neofascist Trump. 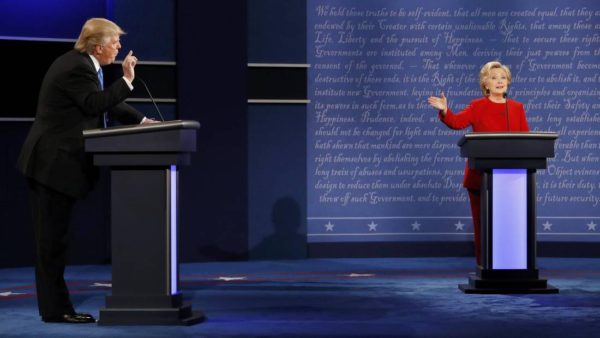 While much can be said and argued about which of these candidates might be the best (or least worse) choice for the American people, the debate failed to take into consideration a very important demographic – everyone else in the world!  US domestic policy has forever been tied to its foreign policy, a foreign policy that has left countless bloodied bodies around the world from Argentina to the Philippines while Americans sit and contemplate their next big investment.  As an American citizen currently residing in Israeli occupied Palestine, I viewed this debate in a much different light.  Since the US gives more aid money to Israel than any other country through its government and countless zionist charities, the political course of the US is the number one factor determining the future of the occupation.

Trump and Clinton thus used the debate to showcase their complete disregard for the people of West Asia – what we in the US refer to as the Middle East.  Despite their many disagreements, both candidates hold the same mantra regarding this rich and complex region: Go after terrorism, no matter the cost!  Trump used this point to attack Clinton, saying that the US invasion and occupation of Iraq, which Clinton indeed supported, “created the power vacuum” that Isis (known in this part of the world as Daesh) filled.  This is very true, yet Trump’s surprisingly seeming anti-imperialist analysis came crashing down when he added his own two cents to the solution – we never should have pulled out the troops in the first place!  If the US occupation had just continued, Isis would never have existed, says this logic.

Many would expect such imperialist rhetoric from Trump, though many have seemed incapable of recognizing the same tendencies within Clinton’s talking points.  Clinton fired back at Trump, saying that US occupying forces were pulled from Iraq because “the new Iraqi government would not have protected them”.  This colonial apologist language was backed up by her praising of NATO forces for supporting the occupation of Afghanistan, an occupation that has existed in different forms up to the present day.  In order to attack Trump for claiming that “America’s allies need to pay their fair share” in terms of military alliances, Clinton finished by saying that she would work with “America’s allies” until the end. 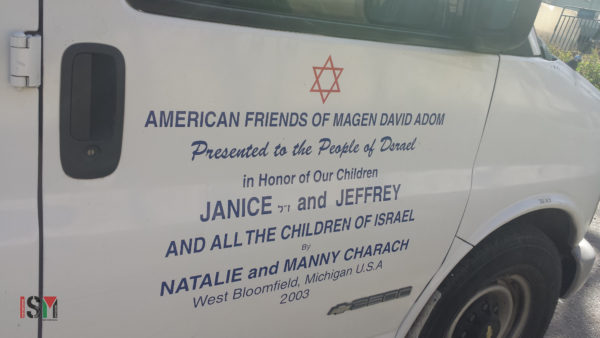 The Israeli state and its illegal settlements in the West Bank are funded directly by the US government and zionist charities within that country. This ambulance, donated by a family from the US state of Michigan, was parked outside the illegal settlement of Beit Hadassah in occupied Hebron.

These “allies” Clinton and Trump speak of join the US in being some of the most oppressive, militaristic nation states that exist on the map.  Top among them is Israel.  During Trump’s speech to the American-Israeli Political Affairs Committee (AIPAC), he praised “[America’s] cultural brother, the only democracy in the Middle East, the state of Israel”, and vowed to “veto any attempt by the UN to impose its will on the Jewish state”.  Anyone looking for a less hawkish alternative would find no ally in Clinton who claimed to “ensure Israel maintains its qualitative military edge” while expressing, “For the security of Israel and the world, we need America to remain a respected global leader, committed to defending and advancing the international order”.  She even went as far as to encourage the young people present to “oppose the alarming Boycott, Divestment, and Sanctions movement known as BDS”.

What both of these Presidential candidates have proven through their rhetoric is that no matter who wins the Presidency, zionism has already won in the United States.  When politicians speak of Israel’s “security”, it is code speak for the racist and militarized occupation of the Palestinian people.  When President Obama signed the recent $38 billion dollar weapons deal with Israel, he signed it in Palestinian blood.  American bullets pierce the skin of Palestinians standing up for their rights.  American guns are used to intimidate Palestinian shop owners as settlers parade through their market places.  American tanks and jets rain death upon Palestinian communities.  And American bulldozers destroy Palestinian homes to make way for illegal Israeli settlements.  Both Trump and Clinton have shown that “business as usual” will be taken to far more dangerous levels.  Palestine has already lost the US Presidential election. 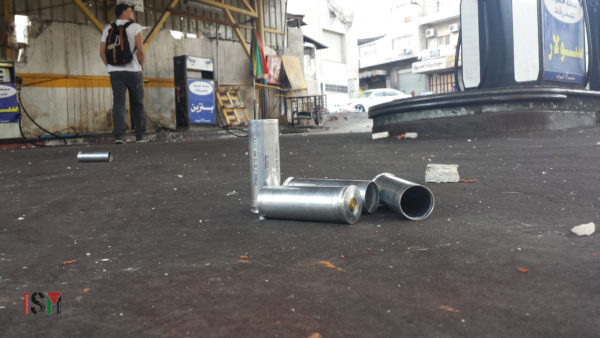 Rifle-fired tear gas canister shells used against unarmed Palestinian youth in the streets of Bab al-Zawiye in occupied Hebron. These crowd-control weapons are bought with money from US aid packages to Israel, usually directly from US arms companies.

If you stand with Palestine, the time has come to admit that the election is nothing more than a distraction from the solidarity work that must be done.  To support the Palestinian people is to act not with your ballet but with your body.  Join Palestinian solidarity groups and take to the streets of every major city demanding an end to this support of apartheid.  Proudly take up Clinton’s mantle of “bully” and actively take part in the BDS movement to call out and cut off the corporations that profit from land grabs and state violence in Palestine.  And, of course, come to Palestine and bear witness to the brutality of the Israeli occupation and the undying resiliency and wonderful hospitality of the Palestinian people.

The people of Palestine have asked for our unconditional and uncompromising solidarity.  It is time we answered their call.