Surrounded by many Israeli Army and Border Police personnel, a group of several dozen Israeli settlers two days ago went on a tour of Bab E Zawiyeh, an area in Hebron.

Prior to the tour, the Israeli military made a show of force, leaving their base and patrolling down the streets in great numbers. Some of the soldiers ordered Palestinians to move out of the way, others took up positions on rooftops.

The event lasted several hours, and caused lots of harassment for the Palestinians in Bab E Zawiyeh. This is not the first time Israeli settlers, protected by the Border Police and Army, entered H1.

H1 is a part of Hebron that is supposed to be under control of the Palestinian Authority. The Israeli Army enters it regularly, showing disregard for Palestinian sovereignty. What happened yesterday was only one example of this.

The tense situation could have ended in bloodshed or even deaths, if clashes broke out. During the tour, the Israeli military settlers once again displayed a lack of consideration for the human rights and dignity of the Palestinian people living in Hebron. 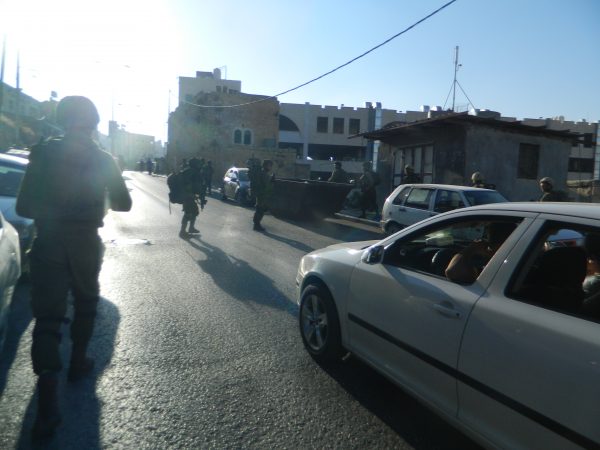 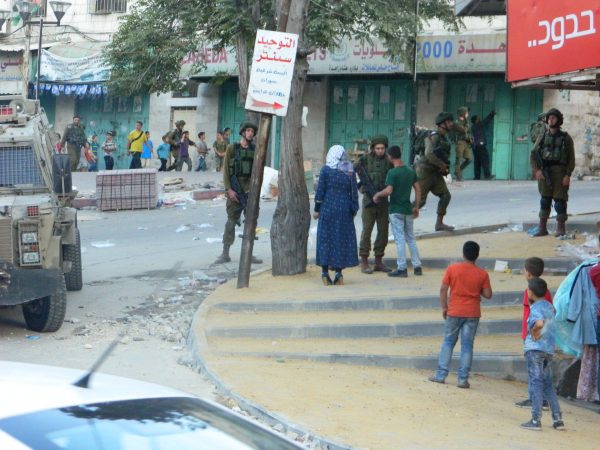 A Palestinian man and woman are denied entry to cross the street, as Israeli settlers are escorted on their tour. 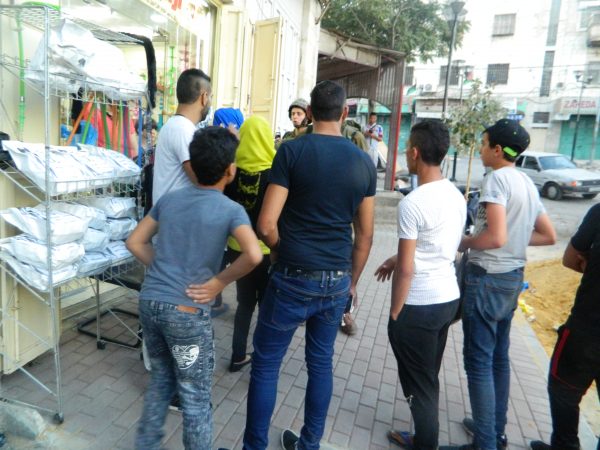 Two Palestinian woman are denied permission to move past the soldiers.

Israeli Border Police detain a Palestinian journalist and demand he show them his camera and phone. 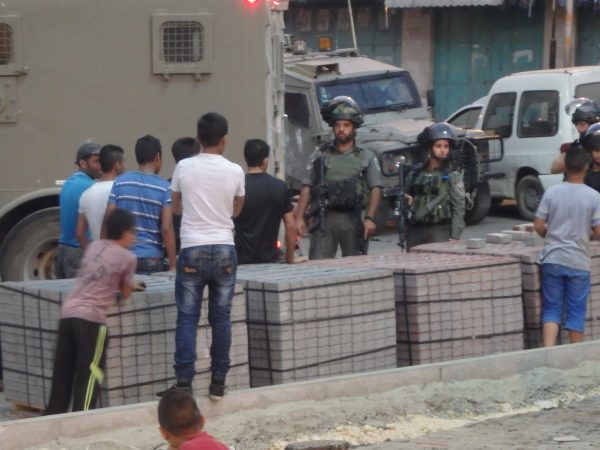 Despite intimidation efforts by the Border Police, the young men and youth refuse to submit to the occupation.