Worshippers for Ramadan prayer harassed by settlers and soldiers

On 1st July 2016, Israeli forces severly restricted access to Ibrahimi mosque in occupied al-Khalil (Hebron) for noon-prayer, while settlers were demonstrating at a checkpoint nearby the mosque.

After pregnant 27-year old Sarah Tarayra was gunned down by Israeli forces at Ibrahimi mosque checkpoint in the morning, the mosque checkpoint stayed closed for more than two hours, while Palestinians intending to attend the noon-prayer of the last Friday of Ramadan, were queuing up at the checkpoint, but denied access. Upon inquiry, Israeli forces gave the information that they would open the checkpoint eventually, but refused giving a time. With all checkpoints leading to the mosque from other directions open for passage, it is unclear why the Ibrahimi mosque checkpoint was closed down for such a long time. At some point, about 150 Palestinians were gathered at the locked gates, on their way to noon-prayer. 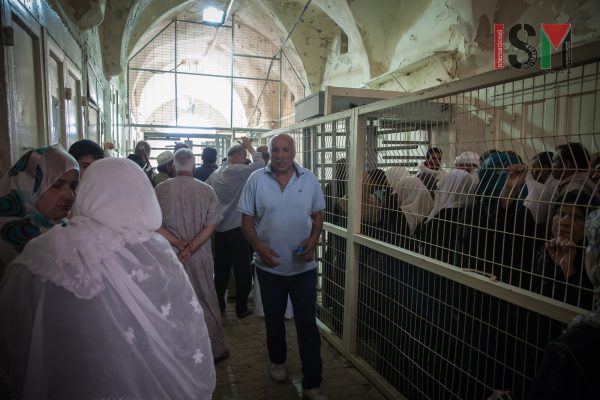 On all the other checkpoints, restrictions and checks were increased, with Palestinians only allowed to pass one-by-one, an increase in bag-searches of women and body-searches of male adults and youths. Once Ibrahimi mosque checkpoint was finally opened, all women and girls were stopped for bag-searches, considerably slowing down the process.

Israeli settlers set up a protest at a checkpoint on the other side of Ibrahimi mosque, waving huge Israeli flags. Several of them attacked Palestinians and had to be stopped by Israeli forces. The settlers were chanting and yelling, and Israeli forces moved back Palestinians ready for prayer in order to create a greater distance. Israeli forces, additionally, missappropriated a Palestinian family home to use it’s roof as a look-out over the events. 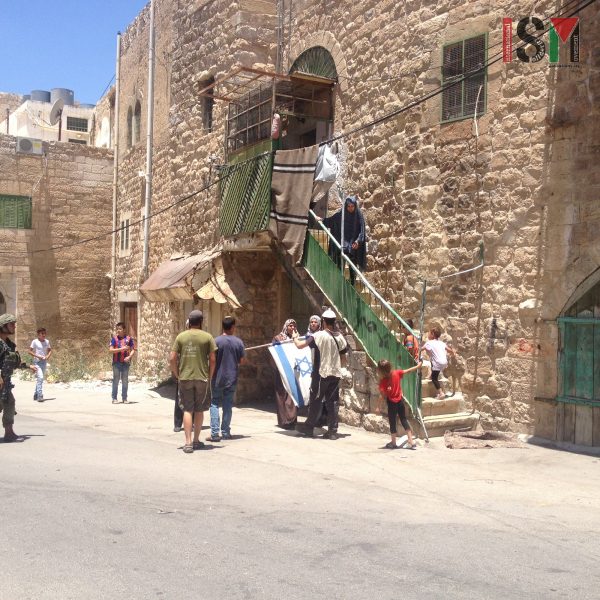 Once the prayer was finished, Israeli forces arbitrarily at some point stopped anyone on their way home, quickly leading to large groups of Palestinians gathering as they were forced to wait while settlers passed on the street. 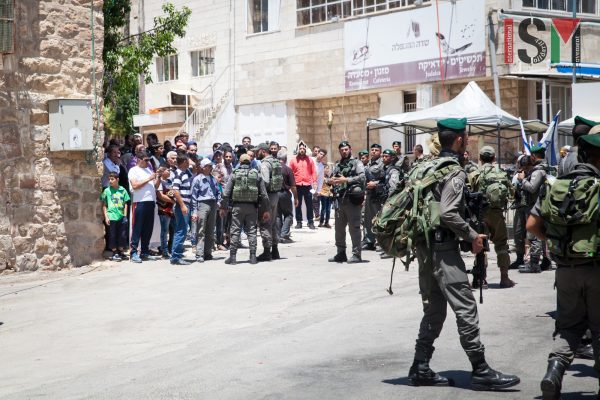 These kind of infringements and restrictions on the basic human right of freedom of religion and to practice one’s religion in occupied al-Khalil, is rather the norm than the exception for Palestinians.