Today marks the two year anniversary of the brutal kidnap, torture and eventual murder of 16-year-old Palestinian Mohammed Abu Khdeir. The teenager was kidnapped in the Shufat neighbourhood of occupied Jerusalem by Ben David of the illegal settlement Geva Binyamin and two assailants on 2 July 2014, Abu Khdeir was then beaten, forced to drink gasoline and burnt alive.

The autopsy found that gasoline was poured down Abu Khdeir’s throat and that there was soot in his lungs which shows that he was still breathing as this attackers burnt him alive. The autopsy also found that he was repeatedly beaten over the head with a sharp object, most likely a tire iron or a wrench.

Two days prior to Abu Khdeir’s abduction the group attempted to kidnap a 7-year-old boy Moussa Zaloum although he was able to escape with the help of his mother. The family reported the attempted kidnapping to Israeli police although they did not investigate the incident.

Three days after the attack, Mohammed’s cousin, 15-year-old American citizen Tariq Abu Khdeir was detained and brutally beaten by Israeli border police, an event caught on camera, before being released.

Earlier this year, a relative of Mohammed Abu Khdeir, 63 year old Coheir Abu Khdeir was also badly assaulted in an attack carried out in Shufat. When his family went to Israeli police they refused to take their complaint insisting that the 63-year-old would have to come to the police station himself.

On 2 July 2015 there was a peaceful demonstration held in commemoration for Mohammed Abu Khdeir which was violently dispersed by Israeli Forces. The Israeli Forces used pepper spray and tear gas on the non-violent demonstrators which included Palestinians, international activists and journalists.

Two years on we wish to remember Mohammed Abu Khdeir to ensure we don’t forget the tragedy of this brutal act of torture and murder. 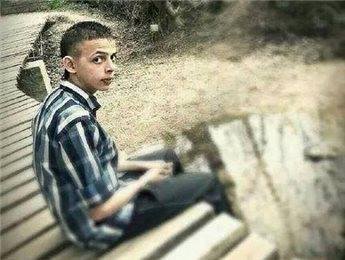