On Friday afternoon, a group of Palestinian residents of Ni’lin village along with internationals and Israelis, tried to walk to the apartheid wall that cuts off many of the villagers from their farmland. The Israeli settlers on the other side of the wall are living on illegally confiscated land. The purpose of the demonstration was to protest against the wall, but also the march was in memory of Ahmed Musa, a ten year old Palestinian boy who was murdered eight years ago in this village by Israeli military forces. The march was also in memory of Saad, Reham and Ali Dawabsheh, who were burned alive by Israeli settler extremists last summer.

The demonstration started off peacefully as the people tried walking down the road to get to the wall. They were blocked by six Israeli Border Police officers and two jeeps, including one armed with long range teargas cannister missiles. The Border Police pointed their guns and teargas cannisters at the demonstrators, and refused to let them pass.

Soon afterwards, clashes started with the shebab- young Palestinian men and teenage boys who challenged their blockage of the path and disruption of a peaceful demonstration, by throwing rocks. The Israeli Border Police fired teargas and rubber coated as well as well as “foam tipped” bullets. They shot a 22 year old man in the hand, breaking it. In addition, they also shot teargas at people who were not throwing rocks.

The demonstration and resulting clashes lasted approximately two hours. The villagers continue their fight against the ongoing theft of their land. 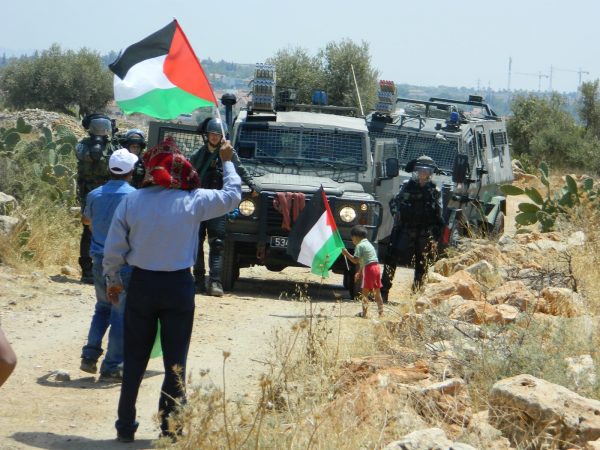 The Israeli Border Police threatened peaceful demonstrators, and did not allow the march to the wall to continue 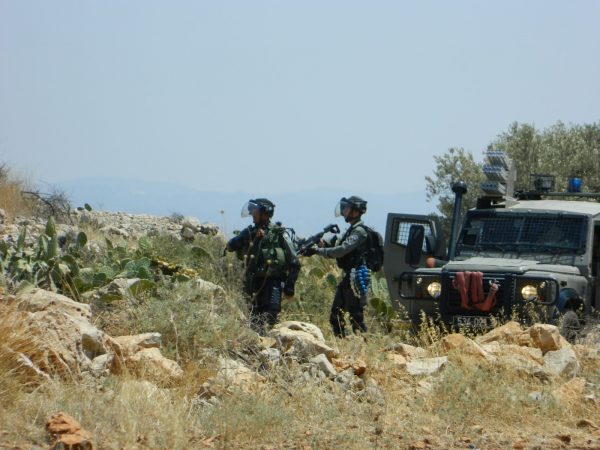 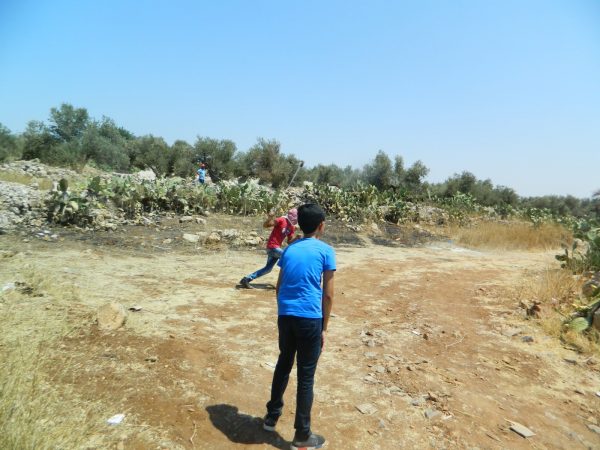 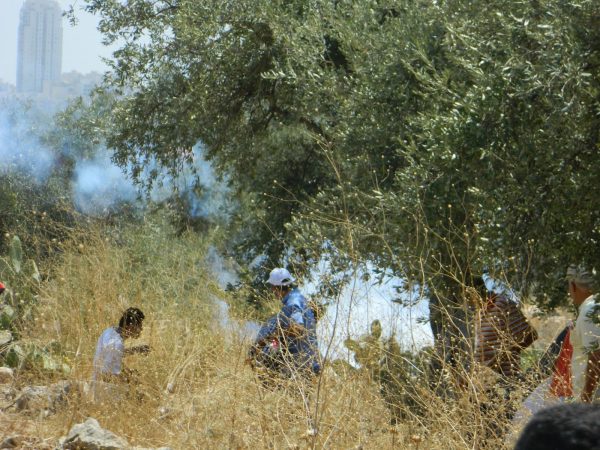