Israeli Forces shoot at family harvesting crops on their land

After more than six months risking their lives while ploughing, planting seeds and weeding their land, and after investing a large amount of money on seeds and on renting a tractor, the Qudaih family from the village of Khuzaa were finally ready to start harvesting their barley and the wheat two days ago.

We arrived at the fields, located around 100 metres from the fence, at 7am. Around 9am one jeep from the Israeli occupation forces stopped in front of the farmers and a group of soldiers emerged. After a few minutes they fired several shots in the air, then returned to the jeep and left. 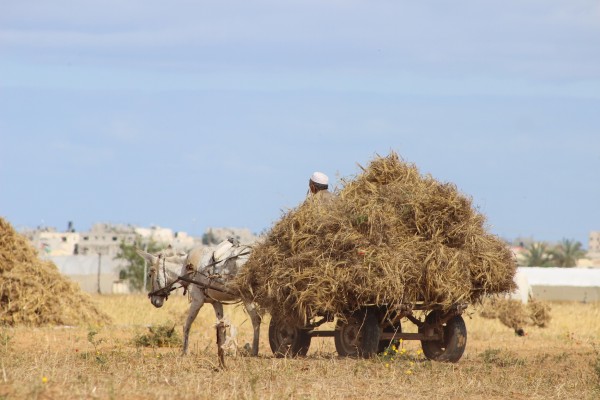 A family member working on the land in Khuzaa

45 minutes later another jeep arrived. This time the soldiers fired shots on the ground next to the farmers and the ISM activists that were with them. The shots were near misses, just a few centimetres from their feet. As if this was not terrifying enough, next they fired shots close to the farmers’ and activists’ heads. At that moment most of the farmers started to run away from their fields terrified by the whistling sounds of the bullets flying around them:  One Bedouin man that was picking herbs for his animals laid down on the ground hiding behind his donkey, while the soldiers fired shot more than five times just a few centimetres from him. The shooting didn’t even stop when everyone started to run away, preventing the farmers to secure their horse cart holding what little harvest they had collected until they were attacked. 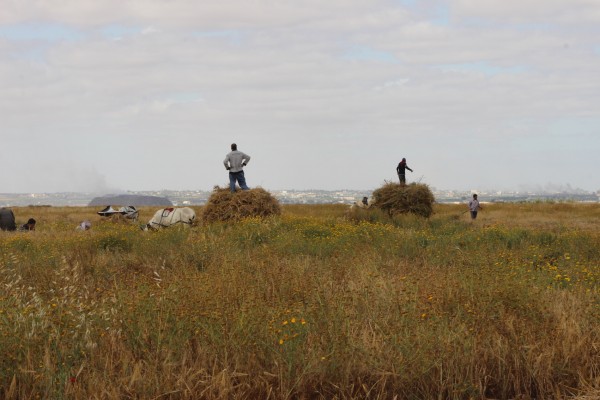 The Qudaih family harvesting their barley on their land.

These families now have to choose between losing all the money invested as well as their main sustenance for the year, or continue trying to harvest the crops on their land – despite the risk of someone getting killed or disabled.