Last week, as every week, Israeli forces attacked demonstrations in the West Bank against the illegal Israeli land-theft, the apartheid-wall and illegal Israeli settlements.

In Deir Istiya, near Nablus in northern occupied West Bank, farmers continued their protest against the closure of agricultural roads that are essential for them to reach their land and thus ensure their own and their families income. The protest, as during the last few weeks, started with a prayer close to the settler road that cuts the farmers off from their land and prevents their access. 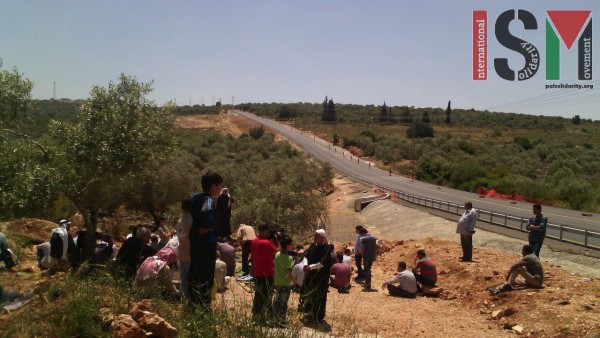 Farmers in Deir Istiya protesting the closure of their agricultural roads

In Kafr Qaddum village, demonstrators went out in their weekly march to protest against the closure of their main access road to the closest nearby village, Nablus. With the closure of the main road, the once 10-minute drive to nearby Nablus now takes at least half an hour – time that can be essential in case of emergencies and can thus cost the essential time an ambulance needs to reach a hospital on time. This closure clearly illustrates the Israeli apartheid policies as the only reason is to facilitate movement for the illegal settlement of Kedumim.
Israeli forces fired rubber coated metal bullets, stun grenades and excessive amounts of tear gas at the demonstrators. Three Palestinians were injured, one had his hand burned when hit with a hot tear gas canister, and two were injured when hit with rubber coated metal bullets in the stomach and back. Several suffered from excessive tear gas inhalation, as the Israeli forces deliberately attacked the whole village in an act of collective punishment. 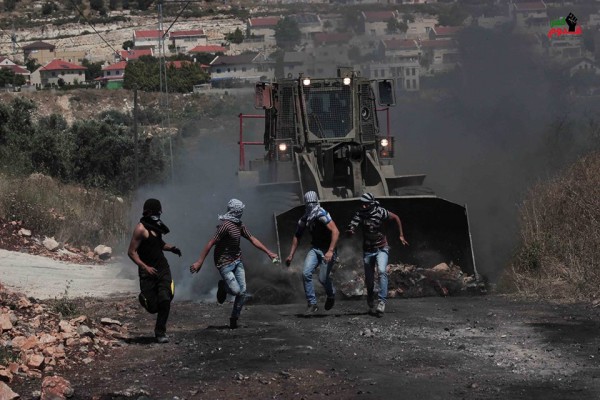 Israeli forces chasing demonstrators, illegal settlement can be seen in the back

In the West Bank village of Ni’lin, Israeli forces this week, unlike before, did not invade the village before the start of the demonstration. The demonstrators therefore marched up to the soldiers. Surprisingly – and in contrast to years of demonstrations, Israeli forces last Friday did not target civilian homes with tear gas or use any other means of supposedly ‘less-lethal’ ‘crowd-control’ weapons. Israeli forces did shoot some tear gas, but not the amounts the villagers have become used to in the years of struggle against the illegal apartheid wall separating them from the majority of their farming land. The villagers are now hoping, that the collective punishment of the whole village, the targeting of civilians and the use of excessive force has come to an end. 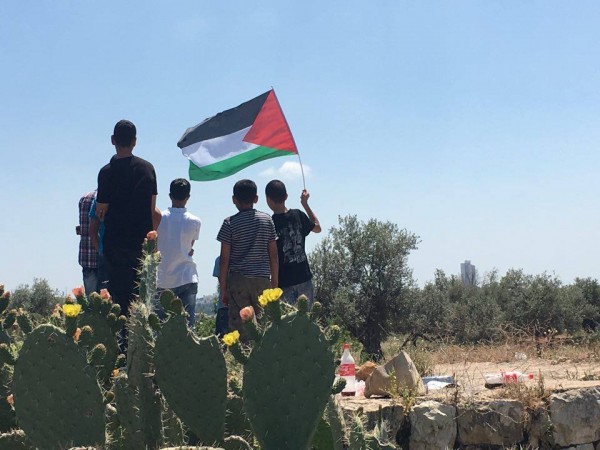 Demonstrators with the Palestinian flag in Ni’lin