On the morning of the 24th of March around 8:30 am two Palestinian youths, Ramzi Aziz al-Qasrawi, 21, and Abed al-Fattah Yusri al-Sharif, also 21, were shot to death by Israeli forces after an alleged stabbing attempt in the Palestinian neighbourhood of Tel Rumeida. The world became aware of the extra-judicial killing of al-Sharif by the Israeli-French army medic Elor Azaria through the footage shot by Imad Abu Shamsiya, resident of Tel Rumeida, co-founder of Hebron Human Rights Defenders and contributor to Israeli human rights group B’Tselem.

Over the last month Imad has become something of a celebrity. He has appeared on Palestinian news, made appearances in international media and has even been interviewed by mainstream British newspaper The Independent. All of which has come at the same time as the settlers in Tel Rumeida and in wider Hebron have issued death threats and upped their campaign of persecution against him and his family. 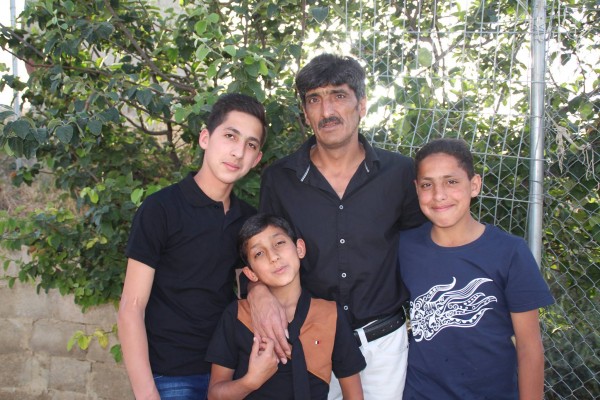 Imad and his 3 sons, Awne (left), Soli (middle), Muhammed (right), who are all taking part in resistance against the occupation. Photo: Family photo

Last week ISM activists had the privilege of sitting down with Imad and talking about the impact of these events on his life, his family’s history in Hebron, his history of arrests by the Israeli Occupying Forces and his hopes and fears for his life both now and in the future.

Seven years ago in 2009, however, the family’s house in Tel Rumeida was standing empty. Imad knew that it would only be a matter of time before the settlers, by now established in Tel Rumeida and on Shuhada Street, would attempt to sieze the home. It was then that Imad decided to move from his home in H1 (Palestinian-controlled Hebron) to Tel Rumeida in H2. This extraordinary decision was supported by his entire extended family as well as his wife Faiza and his five children (then aged between 4 and 11). Imad himself felt confident in this choice: “At first we thought there was not a lot of difference, just that here there is a checkpoint when there was not one where we had lived before.”

But despite his initial downplaying of the situation, the decision had a huge impact on his family. From the get-go his children would go out to play in the street and they would be attacked by settlers or harassed by the army. However, this only served to strengthen Imad and his family’s desire to stay in Tel Rumeida. Even his youngest son – Salah, now 11 – knows that they are there to stop the settlers from stealing their home and their land.

Sadly this notion of resistance that runs through the whole family has, perhaps unsurprisingly, had some serious ramifications for all of them. No more so than for Imad’s oldest son – Aune, 17. Aune was shot in the foot with a ‘dum-dum’ bullet – live ammunition that splinters on entry – and Imad was further shocked when, at the checkpoint near his home, the local area commander of the Israeli Occupying Force told him that he would kill Aune if he saw him again. They decided it was best to send Aune away to live with relatives and so, a child of seventeen, he cannot live with his mother and father and never sees his four siblings. Moreover the other four children have all, at one time or other, been victims of abuse and attacks at the hands of the settlers. Although perhaps the worst that the family have lived through is the current situation and the death threats that Imad has experienced since his role in the video of the extra-judicial killing was made public. Imad, however, has been through extremely challenging times before and is undaunted by the situation he faces. 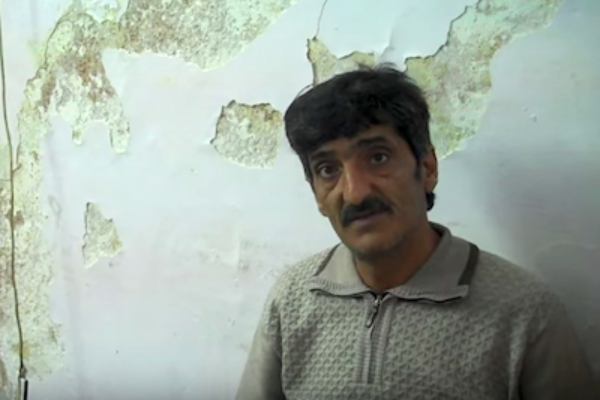 Imad in his house, which is regularly targeted by settlers and army

In the late eighties during the first Intifada a young Imad – sixteen years of age – would, like many young male Palestinians at that time, go to the demonstrations in protest of the Israeli occupation. The Israeli forces then, as now, would shut these demonstrations down with extreme measures. On one such occasion – on Friday 20th of January 1988 – Imad found himself hospitalised having been shot in the hand with live ammunition: “I was in hospital in Jerusalem for fifty days recovering and at that time the Israelis came and arrested me.” In prison Imad was questioned for eighteen days, accused of being a ringleader and organiser. Finally brought before the court he was sentenced to six months in prison for his role as a demonstrator: “then, thirteen days after I was released that first time, they arrested me again and sentenced me to another six months in prison.” He wasn’t to know it then but this was the first year of a total of four years and two months that he would spend in prison.

On the 16th of February 1991 Imad was arrested once again and this time he was kept in solitary confinement for 111 days: “Imagine it. You are alone, without water to wash with, you don’t see the sun, you are cold, it’s winter, you are in a t-shirt and shorts.” During this time he was tortured: beaten, subjected to stress positions and consistently interrogated. He was accused of throwing stones and molotov cocktails as well as being a leader within the Intifada. He denied all accusations and after 111 days, when they had nothing to charge him with, he was taken before the court and sentenced to another six months detention regardless. 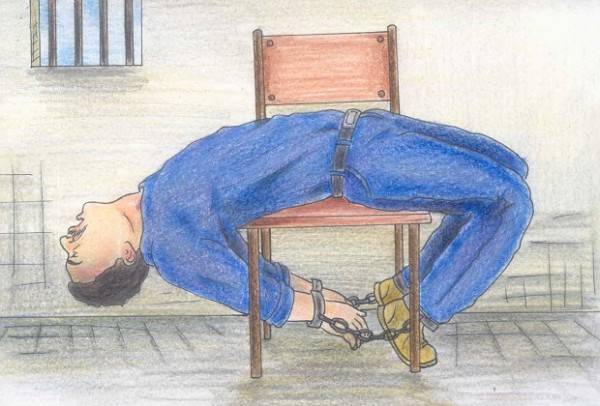 Once again in 1992 he was arrested and again he was kept in solitary confinement, this time for a period of 75 days. Refusing to confess to the false accusations of violence that were leveled at him, Imad was sentenced to six more months of detention without charge.

In 1995 Imad, specifically due to his position as a citizen of the already divided town of Hebron, was part of a large group of Palestinians who objected to the terms of the Oslo Agreement. As such he was part of a mass-arrest and sent to the infamous Naqab Prison in the Negev Desert where he was detained for a further six months. Imad would be arrested twice more – in 1997 and 1999. On both occasions he was arrested in the middle of the night, taken from his family home, not questioned or interrogated, but sentenced to a further six months detention.

Taking this history of persecution and Imad’s lifelong resistance into account, it is perhaps less surprising to picture Imad and Faiza agreeing with their children to move to the front line of resistance when they moved to Tel Rumeida in 2009. Then two years ago he formed Hebron Human Rights Defenders with Badee Dwalik, and Imad’s journey towards infamy began. Having been trained in the use of video cameras by B’Tselem, Imad and Badee recruited others from Tel Rumeida and wider Hebron and trained them to use video cameras donated by anti-Zionist activists in the US. Imad even trained his wife and children to use the cameras: the whole family knows that if things get bad with soldiers and/or settlers then the first recourse is to pick up a camera and to document. Now Badee and Imad plan to teach the local children in Tel Rumeida how to use the cameras: they intend to resist the occupation by exposing it’s most inhumane and abusive elements. 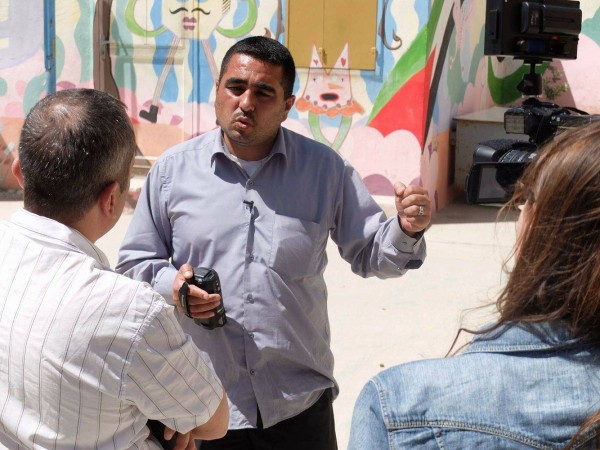 Badia from Human Rights Defenders at a school in Tel Rumeida, teaching the kids how to film.

All of which leads us neatly back to the events of the 24th March this year (and you can read about the events of that day from Imad’s perspective here.) One would have thought that living with his wife and four of his children in occupied Hebron, with the constant threat of attack by settlers as well as harassment by soldiers out for revenge for him having made the video, Imad would feel some negativity about his life now, or at least have mixed feelings about having found fame in this way. Nothing could be further from the truth: “if I could go back in time and had the opportunity to maybe not shoot the film I wouldn’t take it. I would always want the world to see what Palestinians have always known goes on”. Still, one could forgive if he felt that perhaps it would be best if his family left Tel Rumeida: “we will never leave here. They can harass us and attack us but we will not let them have our family’s home and our land. This is something my wife and children agree with 100%. We will not leave.” And would he leave Hebron? “Never.”

The occupation could have ground Imad Abu Shamsiya down. They have tried everything that they can to ruin his spirit – from torture and arrest to death threats and harassment – but Imad is a man, supported by his extraordinary family, who personifies the strength and the generosity of spirit demonstrated by the Palestinian people in the face of such indignity and suffering. He certainly touched and moved the ISM activists that had the pleasure of sitting down and chatting with him.

Lastly it is ISM’s pleasure to convey a message from Imad to the international community, to the political class and to all Palestinians:

“As Palestinians we always said that extra-judicial killings happened. Now people have seen my video I hope that the world will know that they do. Now people  know what we live with and I hope we can work together to end the occupation so that we, the Palestinian people, can be free.”