Targeting of civilians with excessive force in Ni’lin

On 1st April, the weekly non-violent protest in Ni’lin village commemorated the Palestinian Land Day – and was, as every week, attacked by Israeli forces with endless rounds of tear gas, including long-range tear gas canisters that mainly targeted civilians.

The demonstrators, as every week, set off to march towards the illegal apartheid wall that separates them from the majority of the villages land, after noon-prayer. Behind the apartheid-wall, on land that belongs to the village of Ni’lin, where one of the many illegal Israeli settlements is located. In protest against this land-theft through the apartheid wall and the Israeli forces weekly excessive force and targeting of innocent civilians, the villagers protest every Friday.

Israeli forces, that were ready and waiting for demonstrators before the prayer had finished, were located very close towards the villages centre, thus preventing them from even approaching anywhere near the illegal apartheid wall. In a clear example of excessive force, Israeli forces inundated not only the protestors, but the whole village with endless rounds of tear gas. Five persons required medical care due to excessive tear gas inhalation. Both a bakery and the mosque were targeted with tear gas this week. 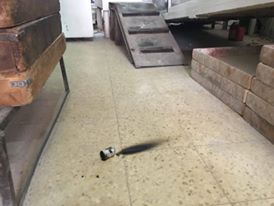 Tear gas canister inside the bakery

This use of excessive force in Ni’lin is not directed against the protestors, but targets innocent and completely uninvolved civilians. In the recent weeks, Israeli forces’ use of excessive force when targeting civilians in Ni’lin became obvious with private homes and a public park with playground repeatedly the main target of Israeli forces attack on the villagers of Ni’lin.

Additionally, Israeli forces have re-introduced the use of the dangerous and potentially deadly long-range tear gas canisters that can cover an area of more than 500 meters and due to the extremely hard black-tip not only break through windows and walls, but also severely injure and kill any civilian hit. 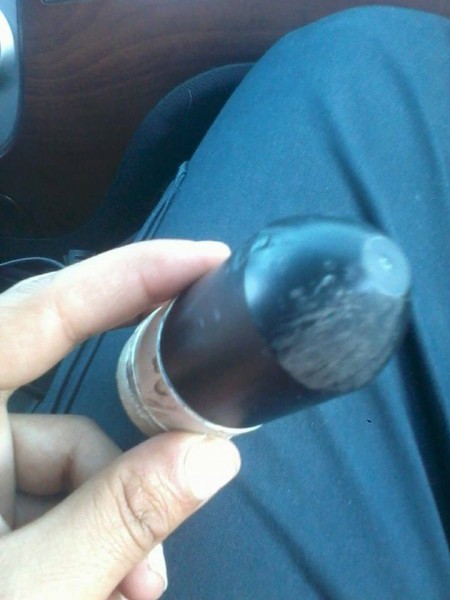