Today volunteers from ISM attended a demonstration in Al-Khalil for Prisoners’ Day. Once the main demonstration had ended in the city a group of young Palestinians invited the volunteers to the Fawwar refugee camp outside the city. 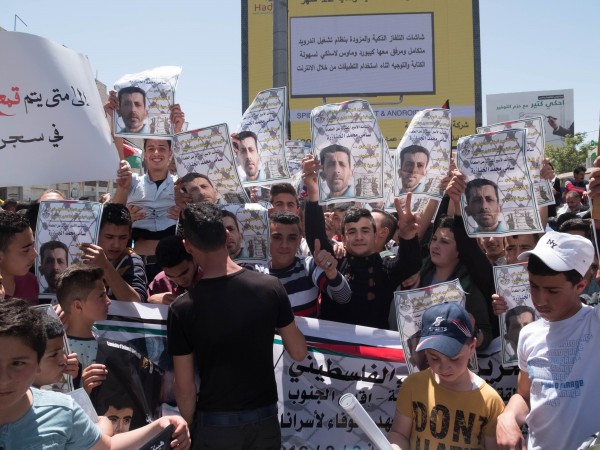 At the camp they were greeted by the Janazreh family, relatives of Sami Janazreh who invited the volunteers into their home for tea so they could tell us his story. Sami’s brother Haitham explained that Sami was detained on the 15th of November 2015 from his home in front of his family. The Israeli military brought no charges against Sami, but he was brought before a military court, with no jury or media present and sentenced to 4 months in a military prison. Once the 4 months were up he was brought before the military court again and sentenced to a further 4 months, without charge. 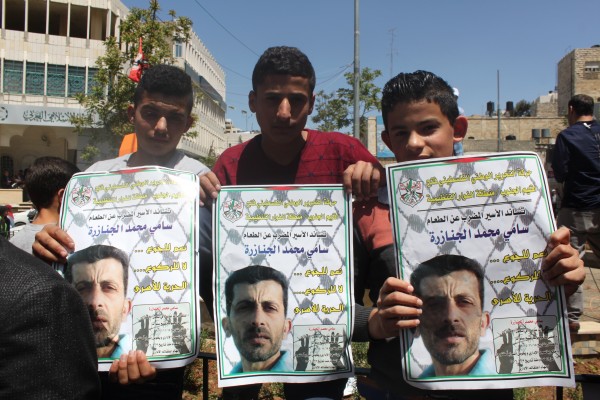 On the 3rd of March 2016 Sami was left with no option but to begin a hunger strike in protest at his detention. He is now 46 days into his hunger strike, and for the last 20 days his family has had no contact with him. The last information they received was that his kidneys were failing, his teeth had begun to fall out and he was unable to walk. The family have made concerted efforts to contact the prison to get updates on his condition but to no avail. They have had no contact from the Israeli government and there have been no official reports made.

On April 3rd 2016 two other prisoners, Adeb Mafaga and Fuouad Asse also began a hunger strike in protest at their illegal detention. The three men are striking in the hope that the Israeli government will release them to their families with signed papers to say they will no longer be detained without cause. 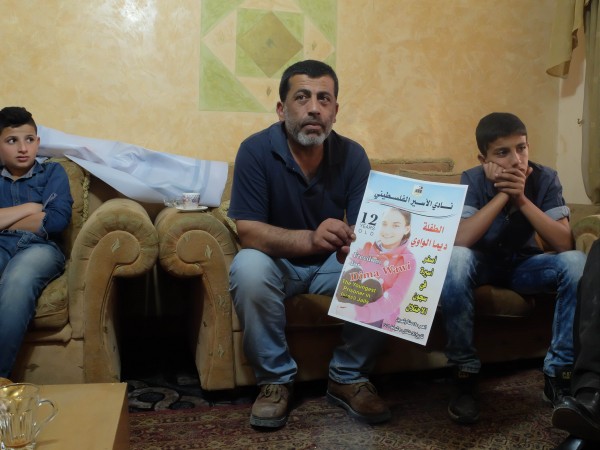 Sami’s home is within the Fawwar refugee camp where he live’ with his wife, 3 children, Feras (13), Mahmod Darwesh (7), Marya (4) and other relatives including his brother, Haitham. The family has accepted that their father will die in prison without them having the chance to say goodbye. They asked the human rights defenders from ISM to highlight the plight of these men and raise awareness in the international community to give Sami the strength to continue his protest. As the hunger strike on its own has not been successful, it is now vitally important that we highlight this issue and put worldwide pressure on the Israeli government to release the men and save their lives. 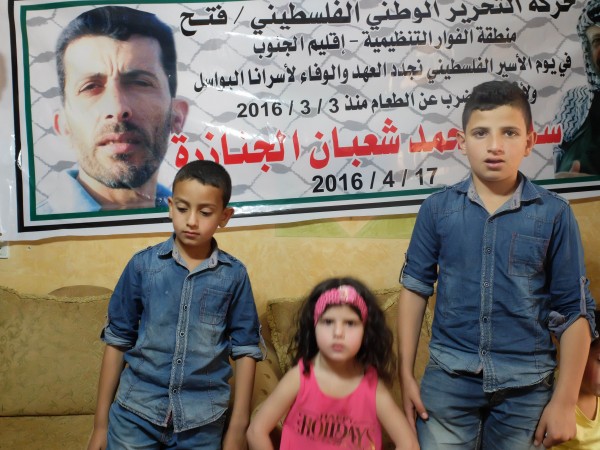 On this Palestinian Prisoner’s Day we urge you to show support for Sami, Adeb and Fuoud by tweeting #FreeSami and by spreading his story through social media as much as we can.