On Saturday 2nd April, Palestinians and international activists alike worked together in solidarity to plant olive trees in the town of al-Bikaa in the Jordan Valley, the town falls under area C of the occupied territories. The act of planting the trees today was symbolic and had several meanings behind the days actions. 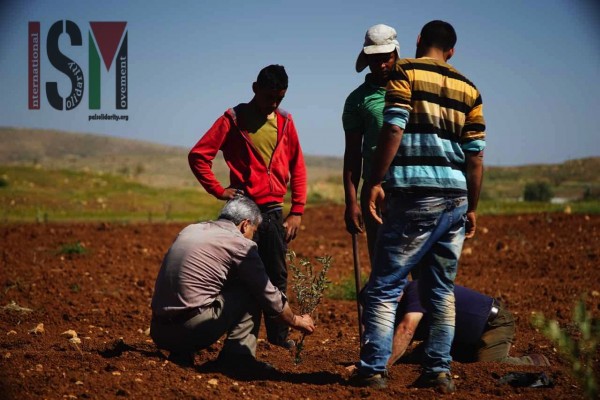 In November, 2015, the occupying Israeli forces confiscated a field of land from the native Palestinians and used it to plant grape vines, fruits that often end up on the tables of naive western countries who’s citizens have very little idea of the vegetation’s origin and the ongoing struggle for Palestinians that is created from these malicious land confiscations. 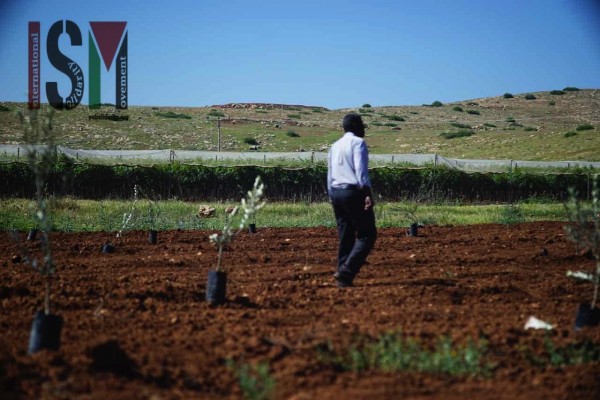 The primary agenda behind the tree planting today was to strategically plant the olive trees in a freshly ploughed and fertilised field to the right of where the Israeli government has planted their grape vines. There is hope amongst the Palestinians that if the fields are being utilised then the occupying forces will not confiscate the land. 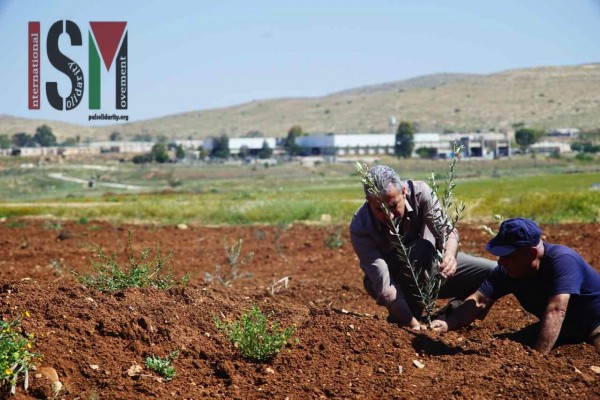 It was the first activity organised by the popular union to protect the Jordan Valley. It was a symbolic and momentous day as previously, each village throughout the regions of Nablus, Tubas and Jericho have each had their own governing bodies. There have been more than twenty five unions in the past and this has brought them all together under one new body. 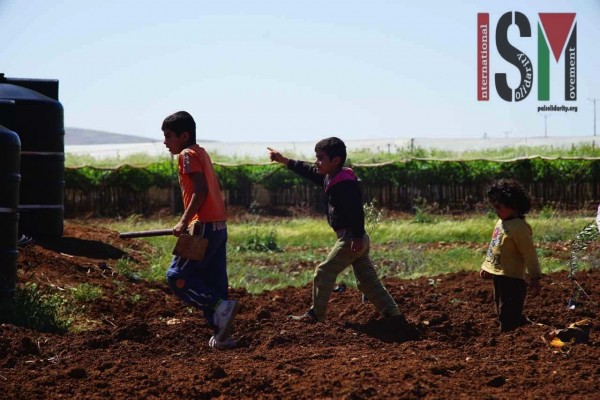 The Palestinians of the Jordan Valley face an ongoing struggle against the occupying forces from malicious land confiscations, the constant threat of home demolitions, the struggle to attain building permits along with limited water and electrical supplies to Palestinian local farmers (illegal Israeli settlers have unlimited water and electricity at their disposal). Despite all of this the Palestinian people remain defiant, resilient and will stand together in solidarity in hope for a brightful future of their rightful lands.