On 15th April, weekly demonstrations against the Israeli occupation were held throughout the occupied West Bank commemorating ‘Prisoner’s Day’.

Kafr Qaddum village has been separated from their main access road to the Palestinian city of Nablus for 13 years. They hold weekly demonstrations against the closure of this road, which was initially closed in order to allow free movement for settlers from the nearby illegal Qedumim settlement. This Friday Israeli forces inundated the demonstrators and part of the village with tear gas, resulting in dozens of people  receiving emergency medical treatment for excessive tear gas inhalation. In an all too common act of collective punishment, Israeli forces did not only target the demonstrators with tear gas and rubber coated metal bullets, but also sprayed civilian homes in the village with foul smelling ‘skunk water’. Early in the morning, before the start of the demonstration, Israeli forces closed the village entrance, arbitrarily (and illegally) declaring it a ‘closed military zone’ in order to prevent international and Israeli activists from participating in the demonstration. 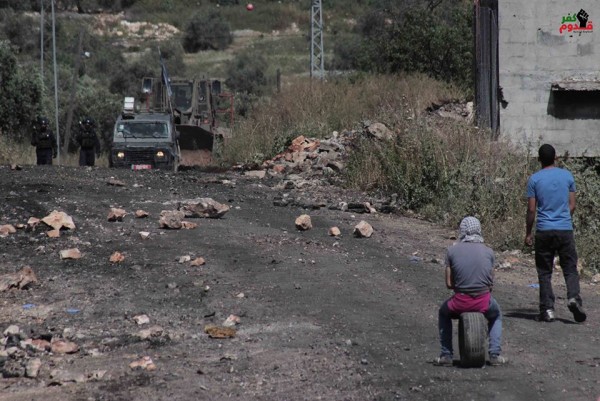 Israeli forces ready to shoot at demonstration in Kafr Qaddum

In the village of Nabi Saleh, villagers, international solidarity activists and journalists demonstrating the Israeli occupation and theft of land, were attacked not only by the Israeli forces, but additionally by settlers from the illegal settlement of Halamish. Israeli forces inundated the protest with tear gas, causing several cases of excessive tear gas inhalation. 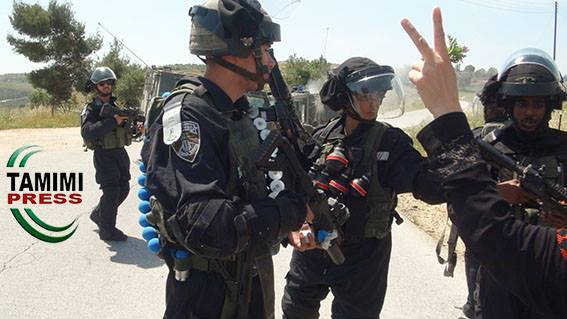 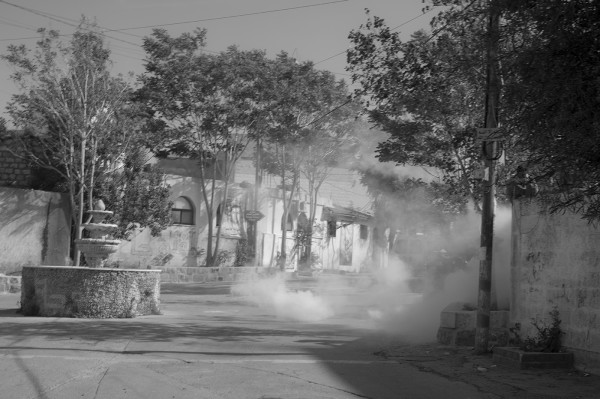 Streets filled with tear gas in the village of Beitunia

Palestinians and supporters world-wide commemorate Prisoner Day on 17th April each year, in solidarity with Palestinian political prisoners in Israeli jails. There are at least 7000 Palestinian prisoners in Israeli jails, 750 of whom are held under ‘administrative detention’ without charge or trial. This includes 1400 minors under the age of 18 since October 2015. Under Israeli military law – which is effect throughout the West Bank – Palestinian children as young as 12 years old can be arrested by Israeli forces. In many of these cases the children are denied access to family, lawyers and their most basic human rights. They are often interrogated, intimidated and physically and psychologically threatened without a family member or lawyer present. As a result these children can be forced to sign confessions in Hebrew, a language they do not understand.

Most Palestinian prisoners are transferred to prisons within the Israeli territories. This act is illegal under international law that prohibits the transfer of prisoners from the occupied Palestinian territories into an area where they can only receive family visits after applying and receiving permission from the Israeli government. This is a permission, of course, that is very rarely granted.