On 25th March 2016, Israeli forces at Ofer military prison injured 8 Palestinians with various kinds of weapons, and later on attacked the nearby village of Beitunia, injuring even more.

A demonstration against the Israeli military occupation and for the freedom of the prisoners held in Ofer military prison – often in so called ‘administrative detention’ where the accused can not even expect to be charged or have a trial – was violently attacked by Israeli forces. They shot endless rounds of tear gas at protestors, as well as rubber coated metal bullets which injured 8 Palestinians. Additionally, Israeli forces used a new kind of stun grenade and fired live ammunition, including 0.22 caliber bullets, directly at protestors. 5 Palestinian protestors were arrested by the army and taken to an unknown destination. 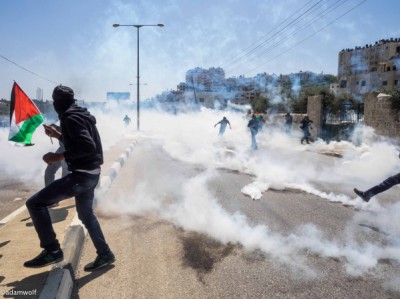