Support for political prisoner, Mohamad AlQueeq, after more than 70 days of hunger strike

Yesterday there were several events in Gaza supporting the Palestinian political prisoner Mohamed AlQeeq, who is actually in the 72nd day of hunger strike and has lost his sight and hearing. 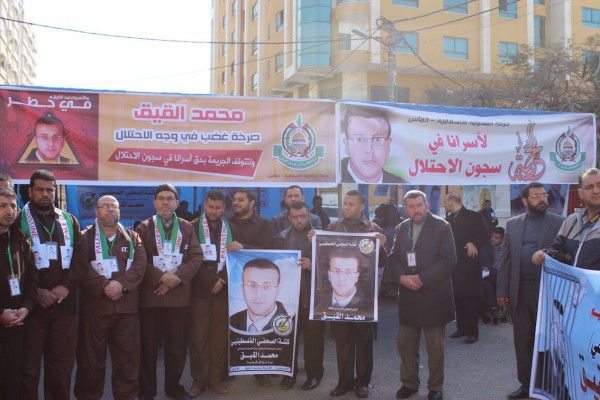 Moataz Dalul, spokesman for the prisoners, stressed that “Mohamed AlQeeq is not fighting just for him but for all the prisoners and the freedom of Palestine” and “we want the Palestinians inside the green line to support him and stand with him until his freedom”. He also demanded the human rights organizations inside and outside Palestine to “just say the truth… we don’t need your support, we just want you to tell the truth”.

After Tahsin AlAstal, official of the journalists union, claimed “we speak a lot with international associations and organizations for human rights, but we are quite certain that this is useless, as they don’t do anything. Everyday Mohamed is dying and the Red Cross and the high commissioner of the UN are silent. People in Palestine is understanding that all those NGO and associations don’t move a finger for them, so we question them, what’s their reason to be here?” “We don’t need the people to say that they are worried for Mohamed or to denounce with empty words, we just need real moves and our prisoners to be saved”. 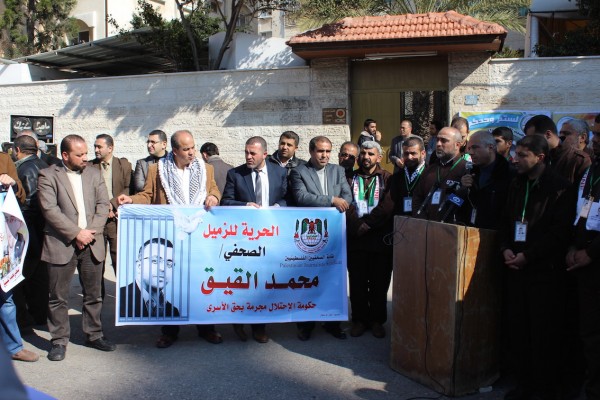 PCHR and other human rights associations, on their side, denounced Mohamed situation “administrative detention is a crime, as it is force feeding, and Israel is using both of them with Mohamed and other palestinians in front of the eyes of all the world, but they choose to look to the other side. Mohamed united all the spectrum of the Palestinian people under the motto: freedom or martyrdom”.