On 21st January 2016 Israeli settlers from the illegal settlements in occupied al-Khalil (Hebron) gathered in Shuhada Street. From here the settlers went into the Old City of Al-Khalil, where they broke into two houses on al-Sahla Street near the Ibrahimi mosque at around 2.30 pm today. Backed by more than 50 soldiers and policemen, the settlers could freely break down the doors and enter the houses, that they claim they bought legally, but the houses have not yet been signed over to them. During the occupation of the two houses the settlers started throwing stones at the Palestinians in the area around the two houses, and broke multiple doors and windows of surrounding houses. 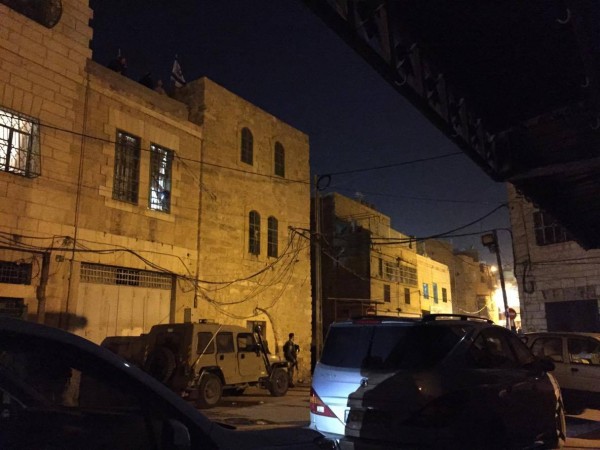 The two occupied houses with Israeli flags on the roof

Shop owners in the whole area were forced by the Israeli Forces to close down their shops, and the whole area was closed off for everyone else than settlers and Israeli Forces, leaving many Palestinians unable to go to their houses. After the settlers had entered the two houses that have been uninhabited for an unspecific amount of time, they put up several Israeli flags on the roofs and harassed the Palestinian families in the area by yelling and throwing stones at them. The Israeli forces entered multiple houses and stormed through Palestinian families living rooms and bedrooms before taking over their rooftops and using these as an easy way to shoot teargas and sound grenades into the Palestinian market in the Old City of Hebron. Just in the half hour between 3.45 and 4.15, 14 tear gas canisters were shot at residents in the Old City, but Israeli forces were continuously showering the Old City most of the afternoon. At least one person suffered from excessive teargas inhalation and had to be taken to hospital for treatment. 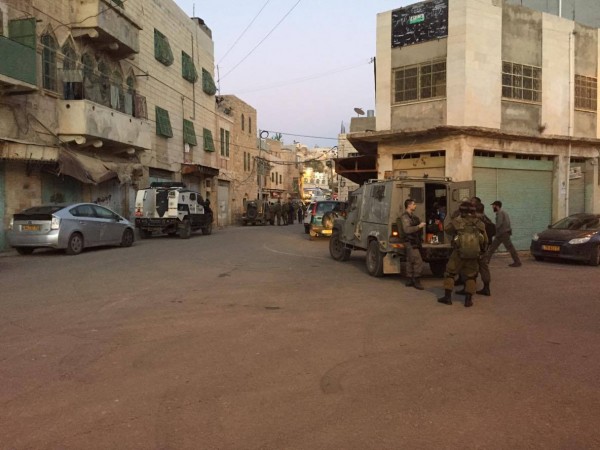 Al-Sahla street 21st of January. Settlers partying in the other end surrounded by soldiers and police.

At 7.30 pm the settlers and soldier were still in al-Sahla Street playing music and celebrating their newest house-takeover in Hebron. Two danish human rights defenders entered the area and were verbally attacked by a settler who came at them aggressively and yelled: “You killed my father and my grandfather. You are Nazis. This is my land.” Soldiers intervened and stopped the man from physically attacking the two young women.

Palestinians and internationals are still not allowed to be in the area even though there is no official order claiming this. All checkpoints leading into the area around the Ibrahimi mosque and al-Sahla Street are closed by Israeli Forces. At one point they detained more than 15 Palestinian men on their way home from work, because they lived in the ‘closed area’. This kind of restriction of movement is a clear violation of Palestinians freedom of movement.

Many families in the Old City of Hebron are now living in houses that have roofs still occupied by Israeli forces, leaving the families completely in the dark about what is going to happen next. A human rights activist explained: “The family which we are staying with have had up to ten soldiers on their roof for more than four hours. They stormed in and ran through the house, while the kids were playing and ran up to the roof to monitor the neighbourhood. The mother of the family is pregnant and lives in the house with her husband and four young kids and they do not know what to expect from the soldiers.” 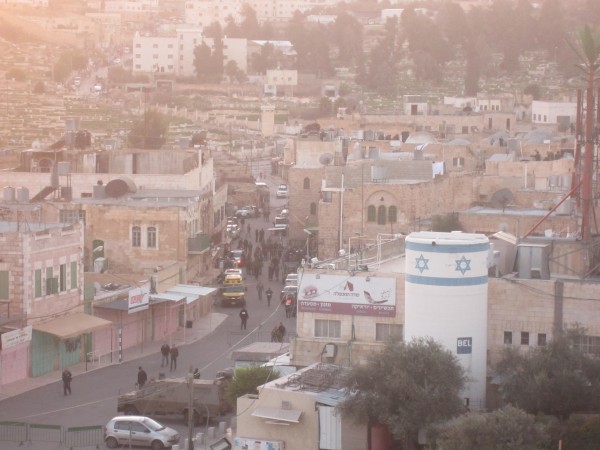 Ambulances, policemed, soldiers and settlers in the closed area around Ibrahimi mosque

This is just a small example of the impunity of Israeli settlers violently taking over Palestinian homes and how Israeli forces’ actions are determined by settlers and their every wish. Settlers are now celebrating their illegal deeds in al-Sahla Street playing loud music and harassing the families in the whole area.