Israeli forces take a next step in threatening 3 families from Deir Istyia.

In the end of November we told the story of three families, living in the outskirts of Deir Istyia who were under daily threats and harassment from the Israeli forces.  Now the threatening from the IOF has reached another level for these 3 families. Last week the soldiers cut both the electrity ground cable to the house and a couple of days later the powerline, one of the families was therefore without electricity for 7 hours. The family waited an hour and a half before they dared going out, see what happened and why the electrity went off. When they went out, the soldiers started shooting teargas towards them and their house, while shouting that they should leave the area. The Israeli forces also threw stones at the houses. 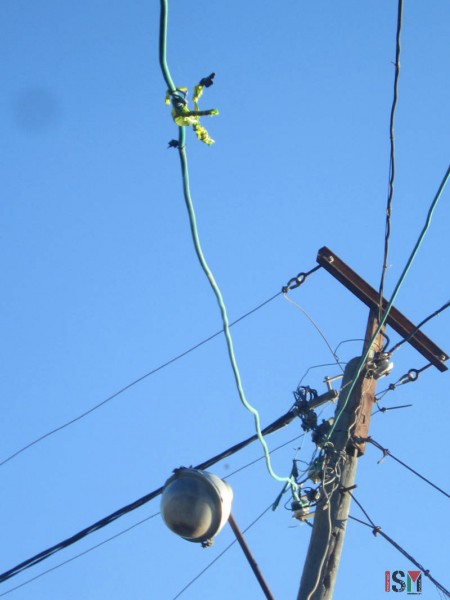 The electricity cables have been cut.

We visited the families twice last week. Both parents and children were traumatized after repeated attacks. We realized how Israeli Defence Forces are threatening vulnerable families to take over their houses and land that have been theirs for decades. One of the families who used to live there moved into the village of Deir Istyia last year. Now the army is trying to make these three families’ lives so unbearable that they too would decide to move out.