On Sunday at 10 am, November 22th, approximately twenty settlers from Yitzhar settlement attacked a boys’ school in the village of Burin, south of Nablus. According to local officials, the settlers attempted to raid and attacked the school with stones.

Palestinian News and Info Agency (WAFA) reported that the group of settlers gathered near the school and proceeded to pelt it with stones in an apparent attempt to raid it. WAFA also reported that the village locals gathered near the school to fend off the settlers’ attack, after which soldiers arrived at the scene and proceeded to attack locals, leading to clashes in which Israeli forces reportedly shot live ammunition and rubber coated steel bullets.  The settlers dispersed without being detained or arrested.

Earlier the same day, human rights defenders picking olives in the area noticed a group of settlers gathering near the road leading to Yitzhar settlement. They seemed to be observing the school from a distance, possibly preparing for the attack an hour later.

The village of Burin is trapped between Yitzhar and Bracha settlements, and together with the settlements’ steady expansion come grave concerns about increased settler violence and restricted access to Palestinian lands. Settlers attacking schools and olive farmers and the presence of military forces contribute to the impact on the mental and physical health of Palestinians, including children.

Israeli authorities routinely fail to provide security for Palestinians and to take adequate law enforcement measures to prevent escalating settler violence.  The failure in this case to hold settlers accountable for their violent acts follows a common pattern whereby they are allowed to engage in criminal behavior with complete impunity. 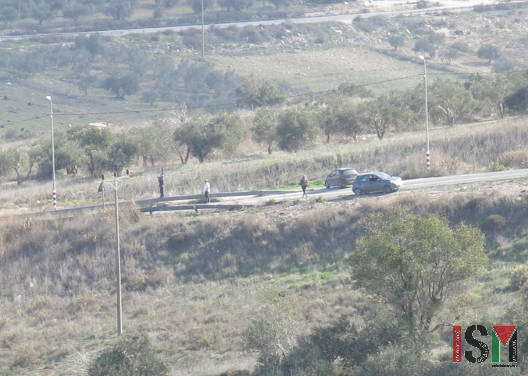 Settlers gathering to observe the school from distance. 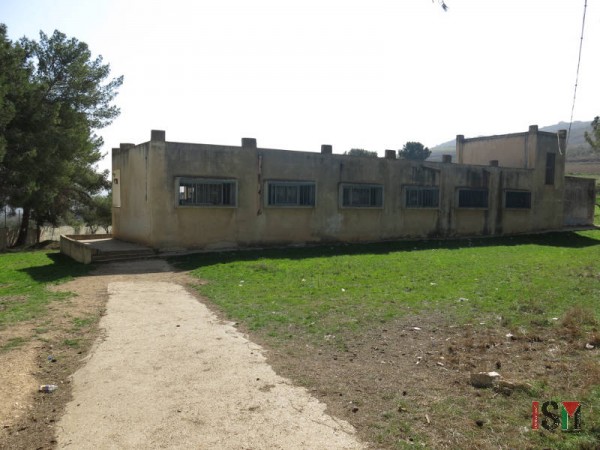 The building housing boys in the age of 10-12 in which settlers attacked. 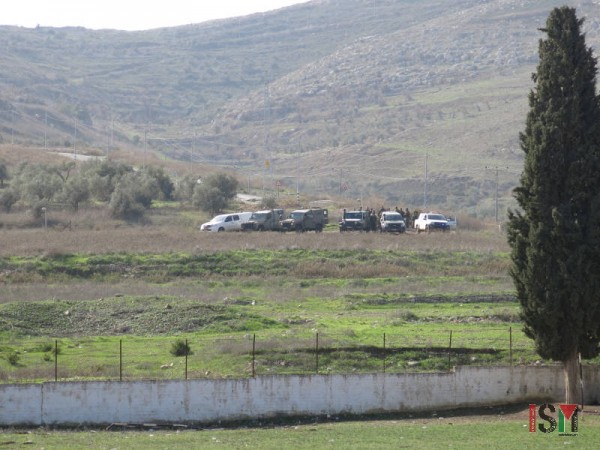 Israeli forces observing the school after the attack.